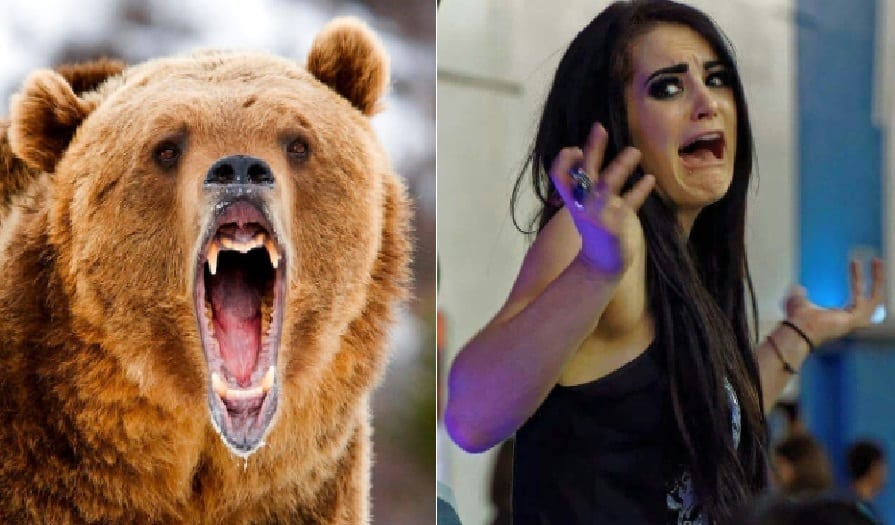 The Total Divas cast spent the last few days in Tahoe while they filmed some episodes for the show. Paige has been keeping people up to date even though she might not have been supposed to have her cell phone.

But it’s a good thing Paige had her phone because she was able to get some footage of a bear that visited outside their vacation home for the week. She was quite surprised to see a bear even though they were in no real danger.

The bear eventually left and nobody experienced any further trauma. They’re not likely to be having any picnics outside while they’re staying there though.

Since they took the garbage out it’s likely the bear smelled it and wanted some of their leftovers. It just goes to show you never know what can happen when WWE Superstars and nature combine.