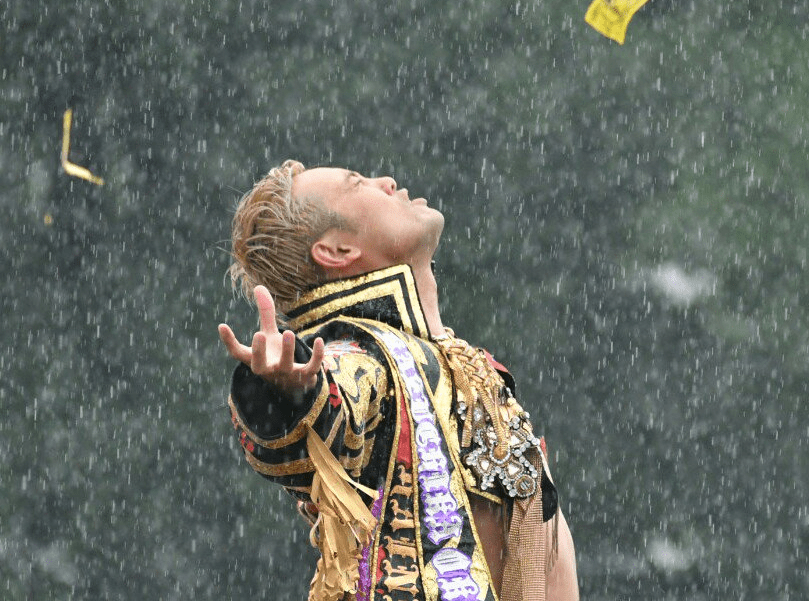 Kazuchika Okada might have lost his title to Kenny Omega but that hasn’t stopped him from attaining wondrous feats. At Japanese legend Minoru Suzuki’s 30th Anniversary event, Okada achieved something really special.

The Rainmaker wrestled Suzuki outdoors amidst the actual rain. The former IWGP Champion’s entrance was more special than usual as he literally made it rain this time.

Here are some amazing photos of the Rainmaker’s extra-ordinary entrance.

The two legends went at it for 30 minutes while it rained heavily. The match ended in a draw and was well received by the fans in attendance.

What did you think about this spectacular entrance? Sound off in the comments below…