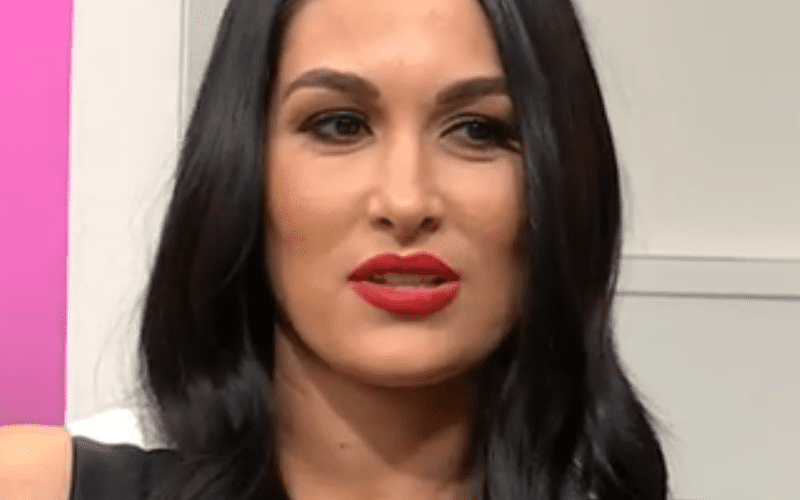 Brie Bella is a veteran in WWE. She has competed with the company since June 2007, where she worked in Florida Championship Wrestling to prepare herself for the main roster after her and sister Nikki Bella didn’t make the cut in the 2006 WWE Diva Search.

Before her brief return in 2018 to participate in the first-ever women’s Royal Rumble and appearance for the 25th anniversary of RAW, Bella seemingly retired from in-ring competition following her WrestleMania 32 match.

While it was never officially confirmed whether Bella had retired, it was heavily suggested that she would be solely an ambassador for the company going forward so she could work on her life with husband Daniel Bryan, who was eventually cleared for in-ring competition earlier this year.

While speaking with TV Insider, Bella revealed that she wants to return to WWE for another run. This proverbial run would likely be her last before she and Bryan try for their second child. She lists a number of opponents she would like to face and reveals wanting to work the Mixed Match Challenge with Bryan.

“My husband really wants us to get pregnant again. I tell him that in my heart I just really want to come back to have a main story. Whether it’s a month long or two months, six months. I would love that. I think about how much work one kid is. Bringing another in, I can’t imagine. My sister and I are really pushing hard. We would both love to, especially since the last couple of years it was Nikki was there or I was there. The Bella Twins really haven’t had a run since the ‘Divas Revolution.’ There are great teams like the IIconics. We would love to go against them. Even if I had a one-off, I’d love to wrestle Asuka [or] Alexa Bliss. There are so many girls I would wrestle. Even with the Mixed Match Challenge. I was like, ‘Bryan, we should do it if it came back. Wouldn’t it be amazing?’ I’m hoping. I told him to give me until next summer. Let me see if I can do something before then. If the boss doesn’t want us back by next summer, we can start trying for babies.”