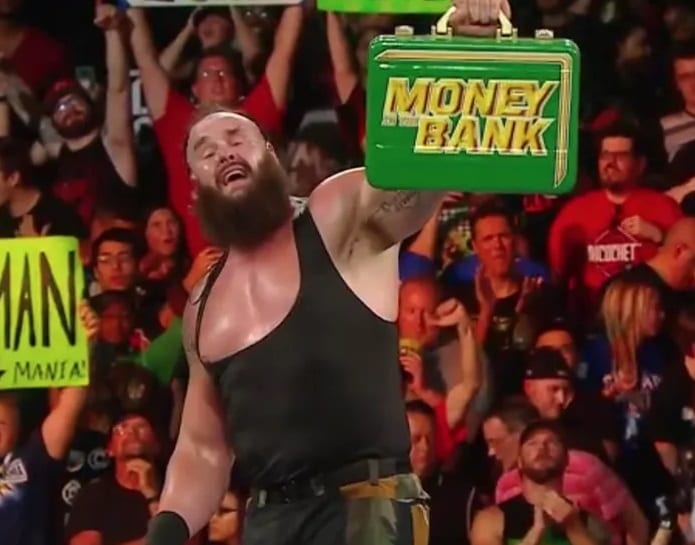 Brock Lesnar won’t let go of the Universal Championship. But Braun Strowman looks ready to capture his big red title if he can just catch Lesnar coming to work.

Brad Shepard discussed on Backstage With WWE some issues WWE is having with the current storyline and how Braun Strowman’s current title of Monster In The Bank might not fit his character very well during Backstage With WWE. In the end, it looks like WWE might have to bend their own rules if they want things to go smoothly as Roman Reigns is still considered to be ‘the guy.’

“It’s a real puzzling thing to me and of course Roman was going to win and they changed the plan and they’ve tried everything they can to put off this coronation of him beating Brock and it’s going to be real interesting to see what happens. Obviously, Strowman winning the Money In The Bank match was intentional he’s got the briefcase he can cash in at any time. It adds this level of mystery and intrigue you know could he cash in tonight or next week or what sort of thing but Brock is never on the f*cking show.”

It might be difficult for Braun Strowman to cash in his Money In The Bank contract in a surprise fashion for a couple of reasons. For one, a surprise cash-in doesn’t fit his character and two, Brock Lesnar never shows up to work. Therefore it might be a good idea for Braun to jump on Lesnar when he can.