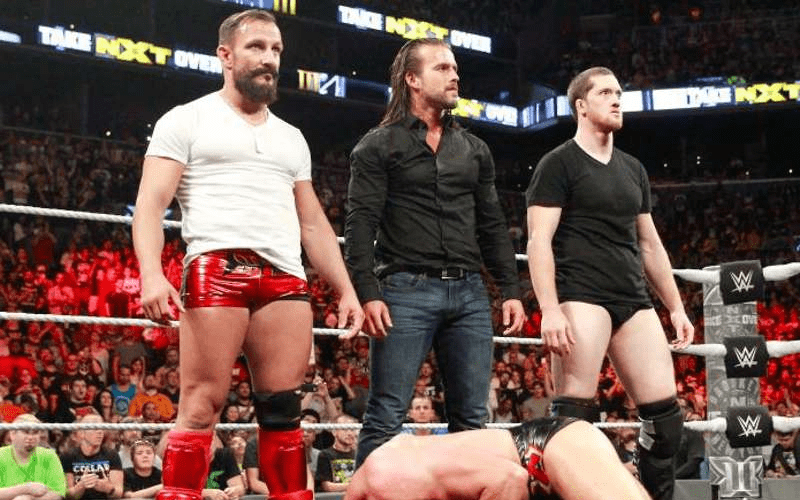 The transition from the independent circuit to the WWE can be pretty tricky for some talents. Numerous times we’ll see someone who was fairly popular in other promotions/territories debut on the big stage, and they just don’t connect. They don’t capture that spark that made them so popular in the first place.

Fortunately, Adam Cole had ZERO problems proving that he belonged. However, even he had his doubts when the time came.

In a new interview with WFF (filmed during NXT’s time in the U.K.) , the former Bullet Club member and current NXT North American champion discussed the rollercoaster of emotions he experienced before debuting at Takeover Brooklyn III.

Very nervous. So, it’s exciting when you think, ‘Okay, I’m going to make my WWE debut in NXT,’ but in my brain, I was a successful independent wrestler for ten years and I had gotten to wrestle all over the world. But WWE is a whole different animal and in my mind I’m thinking, ‘I really, really hope these people care and they know who I am. I hope they react and make noise when I come out.’ Finally when it did happen and they reacted the way they did, I had such a sense of relief and was just so happy they responded the way they did. It was a big combination of emotions: excitement, nerves, fear, pressure, and all that stuff, but it ended up being one of the best nights of my life.

Cole would later be asked about who his dream WrestleMania opponent would be. Care to venture a guess who it was?

AJ Styles would be my number one pick. The reason being I wrestled him twice before and I didn’t beat him, either time. On top of that, I think AJ is the best pro wrestler that I’ve ever been in the ring with. I think he’s absolutely number one. His ability is just second to none, so to get the chance to wrestle him on that stage would be really cool and on top of that I can beat him.