Jericho talks about his initial booking in WCW. He points out that he came in as a good looking, straight-laced babyface, and there was a huge shift happening in the business at the time. Guys like Steve Austin were getting cheered, as was the NWO, and white-meat babyfaces like him didn’t stand a chance of getting cheered. He always questioned the way he was introduced in WCW.

Jericho recalls some of the issues he had with Scott Hall during this time. He points out that Hall was messed up  on drugs and alcohol quite frequently at this time, and there was a lot of bullying going on. He remembers one night when Hall told him that nobody was paying to see him wrestle, adding that he should only be working 5-10 minute matches. Jericho didn’t like this, and even to this day he’s not real close with Hall. 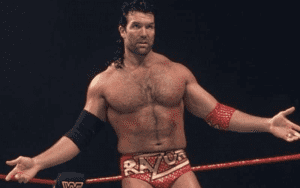 Jericho talks about WCW’s Cruiserweight division. In his book Jericho referred to cruiserweight as a ‘dirty word’ and Bischoff didn’t really think that was fair. Jericho clarifies this by pointing out that most people look back at WCW’s cruiserweight division with high regard now, but during that time being a cruiserweight meant you’d never be working main events. Certain performers such as Jim Neidhart & Booker T even resented working with cruiserweights at this time.

Jericho informs that he’s really glad that he went to WCW, but there’s no denying that working there stripped him of some of his love for the business. He says that he learned a lot there and the good things outweigh the bad, but the environment was toxic at times and he wasn’t a huge fan of Bischoff at this time.