Ryback discusses some matches from this past Sunday’s Money in the Bank PPV. He informs that he needs to go back and re-watch the Elias/Seth Rollins match. He notes that Elias has tremendous upside and he proved that he could hang with Rollins on a physical level Sunday night. He points out that if a performer can hang with Rollins they can basically hang with anyone.

WWE’s commentary team focused heavily on Rollins being a “fighting Champion” during this match, unlike Brock Lesnar. This could lead to a potential feud between Rollins and Brock Lesnar, but Rollins ultimately lost the Intercontinental Title on RAW last night. Ryback points out that the negative thing about being a fighting Champion is you can lose your Title on any given night. 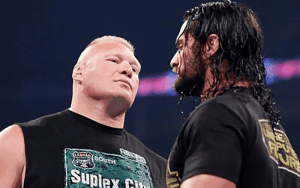 Ryback comments on some of the criticism of the PPV. Some fans complained about Carmella’s victory over Asuka, which Ryback finds hilarious. WWE creative accomplished their goal of making fans angry by booking the heel to win. He continues by saying that a performers in-ring wrestling ability is extremely important, but that’s still only one piece of the puzzle. Ryback thinks Carmella’s on the right track and is doing a great job right now.

Ryback thinks that winning the Money in the Bank briefcase is a hell of a momentum booster for Braun Strowman. He feels that at some point the creative team has to pull the trigger on talents, and hopefully this is Braun’s time. He adds that sometimes WWE appears to be getting behind a talent only to not follow through, so hopefully that isn’t the case here with Strowman.