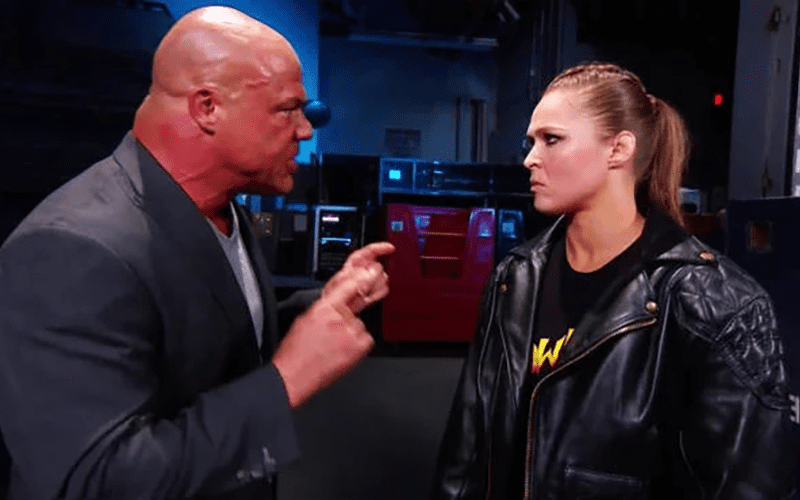 The Raw General Manager doesn’t like to be embarrassed, especially by someone who he would consider a friend. Last night his WrestleMania tag partner Ronda Rousey went absolutely nuts on Alexa Bliss, beating her to a pulp with a Money in the Bank briefcase, and powerbombing her through a table. In the process, Rousey turned on her friend Angle when he tried to pull her off, and laid into him with said briefcase as well. Angle would suspend Ronda for 30 days.

Now, the olympic her has taken to Instagram to air more of his grievances with the former UFC bantamweight champion.

Rousey’s suspension will carry through Extreme Rules, but SummerSlam is looking wide open for the Rowdy One to take some revenge.