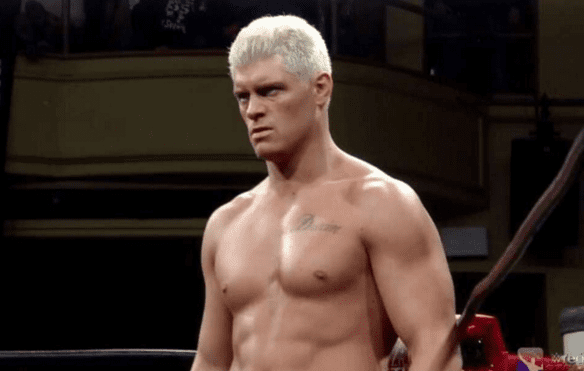 During a media call that took place yesterday, Cageside Seats asked the American Nightmare about New Japan potentially expanding in America, and what tactics they should take to possibly see real success. Cody didn’t take long to give his most honest and earnest opinion.

The next time you come over, if you’re NJPW, you should make a tour of it. When I say a tour, I mean, let’s hit Los Angeles, let’s hit New York, let’s grow a pair — which they have — and make a run of all the ‘A’ markets and see how you do. That might be the first step into seeing what you can do consistently in the United States.

I think, next time, make a tour of it. They won’t, but it’d be really cool if they did. It may take some time, but I think if you hit all the ‘A’ markets you’re going to sell out or come close to it everywhere you go. And I think it’s also real important that you give them New Japan Pro Wrestling, don’t dress it up with something that they might be comfortable with … you don’t have to decorate it with American stars. What’s got them to where they are is the Japanese talent and Japanese stars.

Problem is, the WWE is known for blocking out arenas/venues so other promotions cannot compete. However, Rhodes doesn’t see it as competition.

One thing is certain, with the popularity of nerd culture as a whole growing substantially (wrestling included) it would make sense that a play in the states could really net NJPW a great deal of money, and increase their fan-base to a point that the occasional yearly tour may actually become a reality.