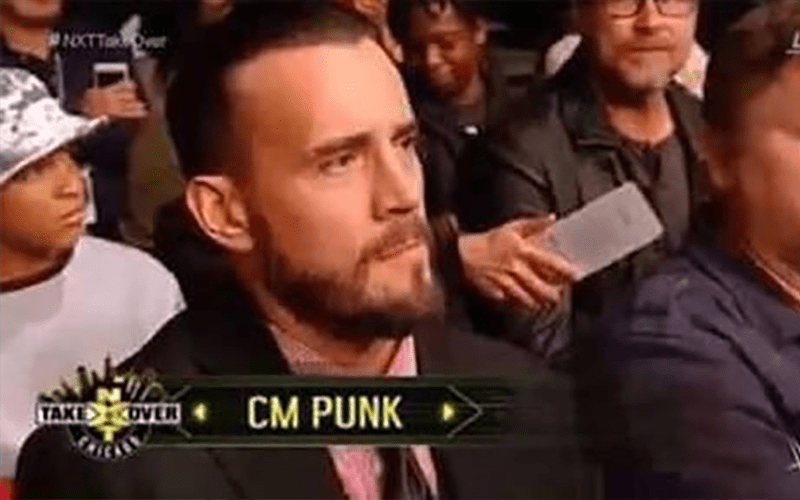 CM Punk is not coming back to WWE but for some reason, people keep holding out hope. He won his case against Dr. Chris Amann and lost his UFC fight later that week but he still has no desire to make a pro wrestling return.

Last year a picture of CM Punk sitting in a crowd of people with an NXT TakeOver: Chicago place card over him announcing who he made it online. It was a photoshopped picture and although it did look pretty nice, it was fake. This year that same picture is going around and some people are thinking it is real.

Although a majority of individuals are hopefully smart enough to know it’s a joke which is why some indie wrestlers and other people in the IWC are probably liking this photo, the fact is this joke this could get out of hand.

With the way social media works, the more something is liked and the more influential people like something, the more likely it is to be seen by way more people. So we’re just wanting to make sure this is perfectly clear: CM Punk was not at NXT TakeOver: Chicago.