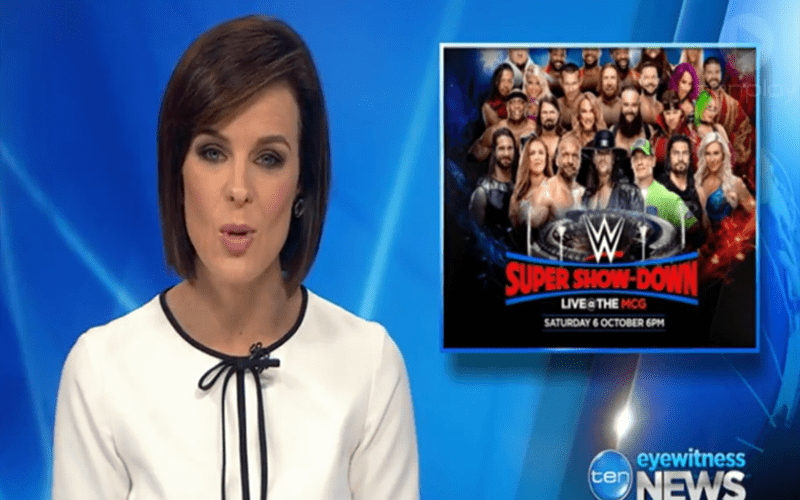 We previously reported that WWE will be heading down under later this year for a massive show, currently titled “Super Show-Down.” Following the announcement, a popular Australian television network has poked fun at the company through their broadcast.

On October 6, WWE will be returning to Australia to hold Super Show-Down in front of an expected 100, 000 at the Melbourne Cricket Ground. If sold out, this show would likely surpass previous WrestleMania attendance records and possibly be an all-time high for the company.

As far as Australian network TEN is concerned, that may not be the case.

During a two-minute news story on TEN Eyewitness News, the popular Australian Network poked fun at WWE coming to Australia. They interviewed a number of people not familiar with WWE and made jokes at the company’s expense.

This included but was not limited to it not being a real sport, the costumes and attire and the niche audience it has. They did reference the 2002 Global Warming Tour show WWE held, which drew 56, 743 fans.

If you’re interested in viewing the story, it is available at this link.

What is your reaction to this? Do you care? Are you excited for the show? Sound off in the comments below.