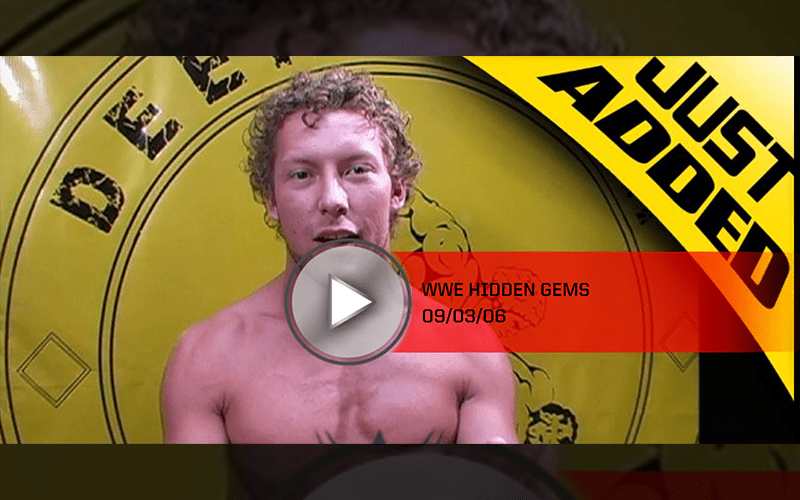 Kenny Omega’s name is lighting up the pro wrestling world once again and after his 7-star match with Okada at Dominion, it looks like WWE is paying attention to him as well.

Omega and the Young Bucks are set to face The New Day in a Street Fighter Battle that got attention on WWE’s website and it looks like WWE is continuing their focus on Omega in a big way. Becuase Kenny Omega is featured on the WWE Network as a “Hidden Gem.”

A clip from Deep South Wrestling featuring a promo of Kenny Omega is now available on the WWE Network. But that’s not all because a match is also included in this 5-minute clip showing off a very young Kenny Omega.

Only time will tell if WWE will finally be able to get Kenny Omega to sign on the dotted line, but it looks like they’re going to feature Omega however they can in the meantime.