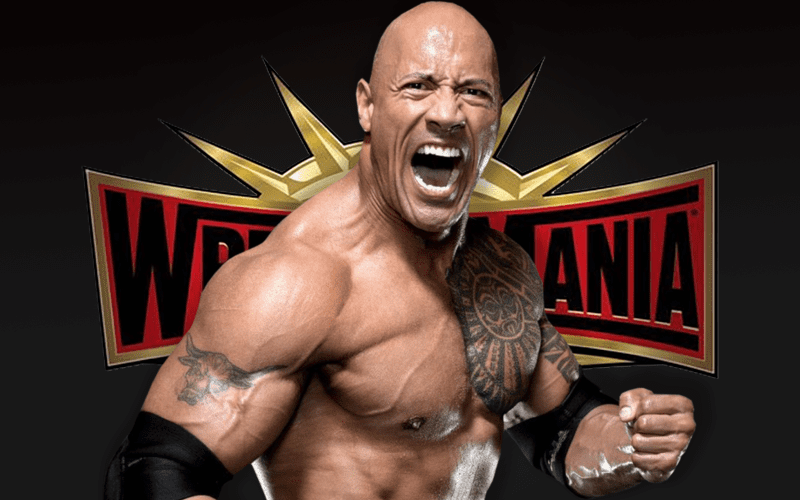 The Rock always brings a lot of people to WWE even if they have dropped the product but it doesn’t look like he will be able to work WrestleMania again this year.

Dwayne Johnson hasn’t been able to work an actual match for quite some time because of insurance reasons because of all the movie studios who invest money in his name. But this year he will be in the middle of filming another movie around WrestleMania so that makes it even more possible.

The Rock will be filming a movie called, “Red Notice” and the shooting is set to begin in April. This makes a WrestleMania build nearly impossible. You can never truly rule anything out, but it would probably be a safe bet that we won’t be seeing The Rock again this year for Mania.

Of course, The Rock could always fly in and make an appearance on the big show but the chances of him working a match are very slim especially if he’s in the middle of shooting a new movie.