He thought WWE was able to book 2 good 4-way matches on Monday, and that’s not easy to do. He points out that Braun Strowman continues to improve, and he thinks Finn Balor is set for a major push if he continues to perform the way he has as of late. He credits Kevin Owens for constantly putting in good efforts, and he feels that Bobby Roode is miscast as a babyface. 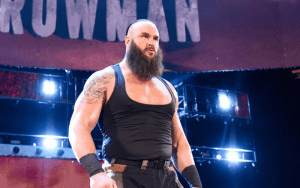 Ross also liked the Women’s 4-way match, pointing out that Ember Moon’s physicality was one of the highlights of the match for him. He’s intrigued by the Elias/Seth Rollins program because although we all know that Elias can talk, it’ll be interesting to see if he can go with Rollins in the ring. If he can, he’ll prove all the doubters of his in-ring ability wrong.

He thought the Nia Jax/Ronda Rousey segment was fine, and he didn’t think it was too long as some fans suggested. He thinks Rousey is doing fine, noting that Rousey won him over a long time ago. He thinks these two women will have a great match on Sunday and he’s really looking forward to it. He compares Rousey to Kurt Angle when he debuted in WWE many years ago.