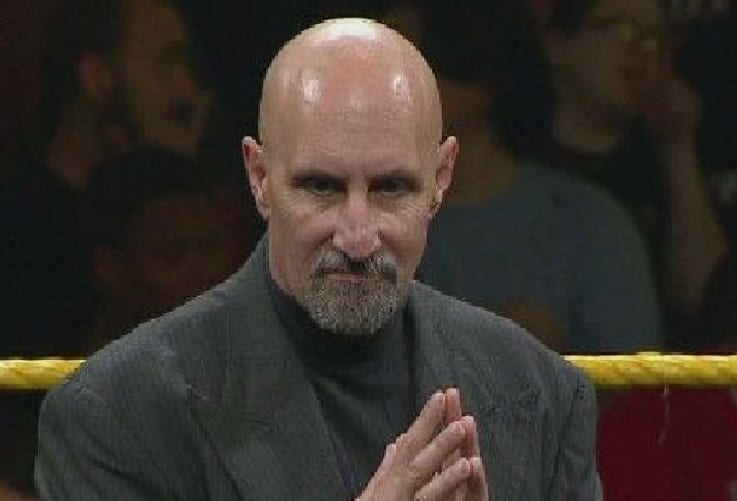 The Authors Of Pain jumped to the main roster after WrestleMania and after sending their manager Paul Ellering packing it doesn’t seem like WWE has done much with AOP since. The former NXT Tag Team Champions have appeared on Main Event a time or two but other than that they haven’t been featured much at all.

Triple H was asked about Paul Ellering and NXT’s possible plans for the famous manager. After all, Ellering is still listed as an NXT Superstar on WWE’s main page.

Apparently, NXT is just wanting to wait until they have something to do with Paul Ellering. Triple H revealed when the decision was made to bring AOP up without Paul he had a discussion with him saying that they want to use him in the future as well.

It was also noted how Ellering is such a positive influence backstage and people loved having him around. Triple H says he loves working with legends backstage in NXT and said he will be back. Apparently, it’s just an issue of them not having anything for Paul Ellering to do yet.