Ryback opens today’s show by speaking about The Undertaker’s return to Madison Square Garden on July 7th. He points out that Undertaker’s schedule appears to be increasing lately, after years of deteriorating. He has looked pretty good during his last few appearances, and Ryback thinks he’s found the fountain of youth. After having his hip surgery Undertaker appears ready for more dates, and he and WWE will probably milk this run as long as they can.

Ryback’s sure that Undertaker is being paid incredibly well for his sporadic appearances in WWE, and he adds that Undertaker’s a very smart man who knows how to work a match without killing himself in the ring. In addition, Ryback thinks there’s still one more match in The Undertaker as the American Badass at some point down the line. 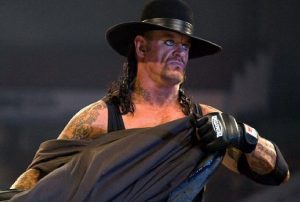 Ryback thinks that’d be incredibly smart by Cody Rhodes & The Young Bucks, since thousands of wrestling fans will be in New York during that week. He’s fairly sure that ALL IN 2 would sell out there if they were to do that. He does admit that booking an event at Madison Square Garden is very expensive, “astronomically higher” than basically any other arena.