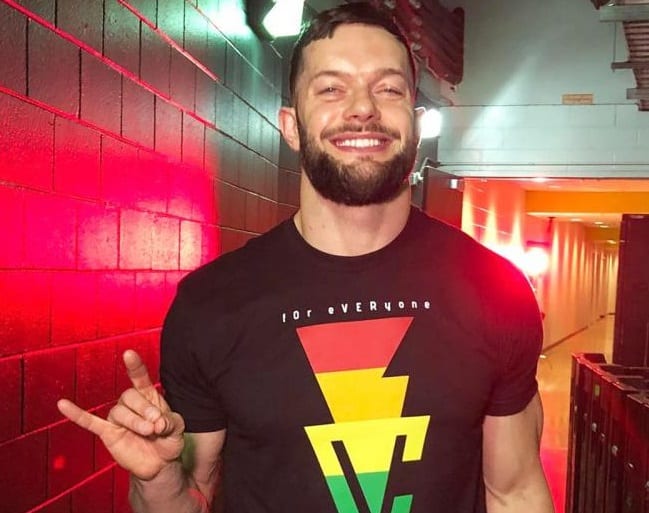 Finn Balor has arguably been one of the most popular talents on the WWE roster over the past few years. At WrestleMania 34 he appeared alongside two dozen LGBTQ supporters, as they all wore merchandise supporting their pride in being who they are.

During an interview with Balor, Sports Illustrated learned that it took the Irish-born Superstar approximately six months to have the LGBTQ merchandise approved in any capacity.

“It’s crazy because it was kind of a couple months of me talking. Then as soon as the right people heard it, it was almost instantaneously, ‘We gotta have this shirt out next week and we gotta talk to GLAAD ASAP and we’re gonna roll with it.’”

This decision took so long that Balor actually commissioned a friend of his back in February to create a rainbow pride version of the Balor Club symbol. He would subsequently share this on his Instagram account. This would be the symbol eventually used by WWE for Balor’s attire at WrestleMania 34.

Upon posting the logo to his Instagram, Balor received a lot of positive feedback.

“I’m not one for reading comments or reading what people say online because generally there’s a lot of negativity. But I had a lot of messages from friends, DMs and stuff, that were saying, ‘This meant so much for us.’”

Balor is one of eight men to be featured in the upcoming Money In The Bank Ladder match this weekend during the pay-per-view of the same name. Do you see him leaving victorious? What are your thoughts in regards to this? Sound off in the comments below.