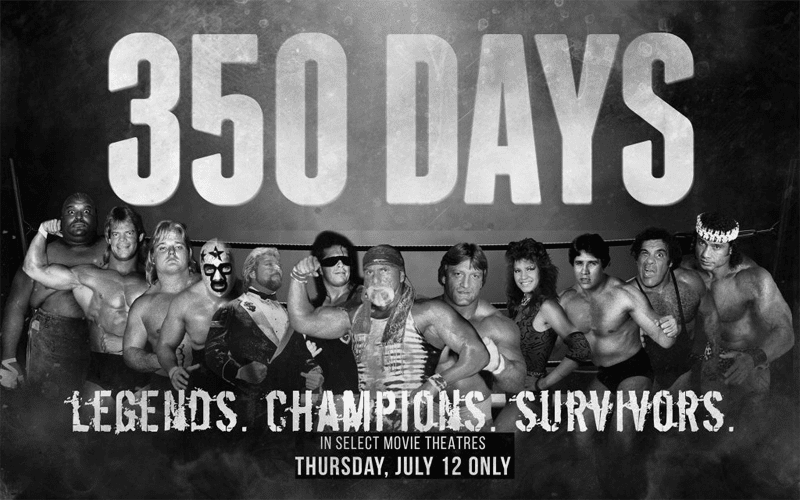 There is a new documentary scheduled to be released by Fathom Events, starring a multitude of professional wrestling legends. The documentary is cinema bound in the coming weeks and has reportedly been years in the making.

Titled ‘350 Days,’ the documentary is set to air theatrically across the United States from July 12. The focus, as many would assume, is the sacrifices made by Superstars when they are on the road. This includes, but is not limited to, marriages, families, physical and mental health.

Here is the list of notable names you can expect to see through interviews and segments within the film:

In fact, Dillon, who was the manager of The Four Horsemen, will be giving an exclusive introduction and interview. He will discuss the impact of the film and the current state of professional wrestling.

Check out the two trailers below.

Will you go to see the documentary? Does it interest you at all?