Both Berman and Hausman inform that they felt an obligation to cover the trial live since they were based in Chicago and that’s where the trial took place. Berman considered the opportunity to cover this case a ‘once in a lifetime’ opportunity and he was excited to bring this trial to all the wrestling fans around the world.

Berman notes that the court room was quite small, and WrestleZone was basically the only media in the courtroom during the trial. He adds that at the end of the trial all the jury members wanted to take pictures and talk with CM Punk and Colt Cabana and this was eye-opening to him. He understood then that both these men are still quite popular. 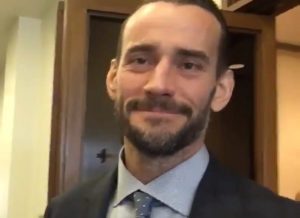 Hausman notes that Dr. Amann seemed quite confident throughout the entire trial. He says that Amann seems like a nice guy and although he mightn’t be an extrovert like Punk or Cabana, he’s sure Amann is a good man and a good Doctor. The only thing that appeared to show Amann in a negative light was his medical paperwork history.

Hausman believes that Amann and his legal team simply asked too much in punitive damages. From what they understood, Amann was asking for roughly $4 Million each from Punk and Cabana, and Hausman thinks this was too much. He thinks a more realistic figure like $50,000 would have had a greater chance of success with the jury. X-Pac believes Amann had his feelings hurt by that podcast.