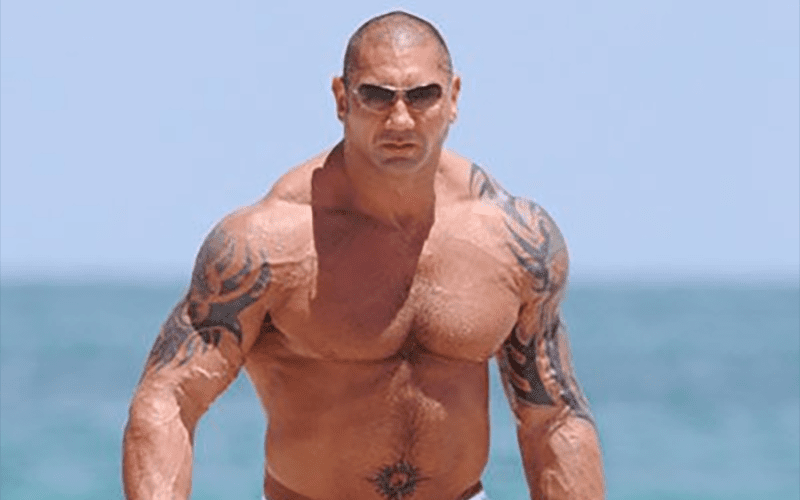 Batista obviously stumbled across one of those strange lists that takes an actor’s face and morphs them into someone else. This particular list was changing genders of popular actors from the Marvel Cinematic Universe

But when Batista saw himself as a female it looks like he wasn’t taken back at all. If anything he seemed to really enjoy it. He commented saying: “So apparently female me is really hot! Wtf?!! So not fair! And on top of living with the knowledge that if I had been a woman I would’ve been super hot, I also sent this pic to my wife and she responded ‘I’d hit it!'”

Let’s see if the producers of the next Guardians Of The Galaxy movie are listening.