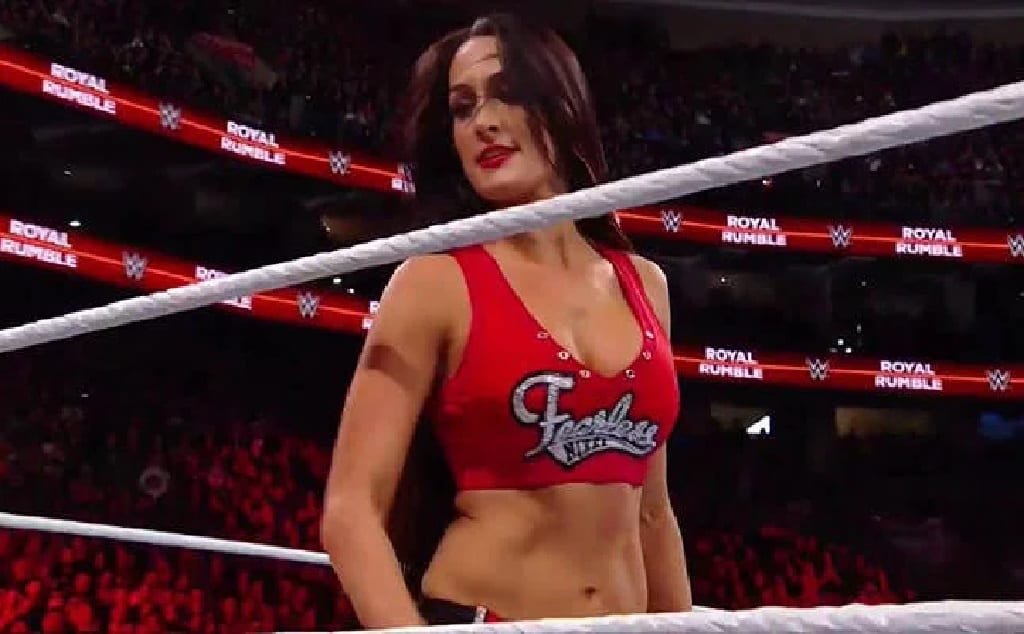 Nikki Bella had some concern about her neck while preparing for the Royal Rumble. On the recent episodes of Total Bellas Nikki revealed that her doctor called her and asked if she had to be in the match.

She was forced to compete in the match with some restrictions involved such as Nikki couldn’t be hit from behind.

This really helps explain why she doesn’t wrestle much anymore because her doctor told her that the neck surgery she had could be reversed if something happened.