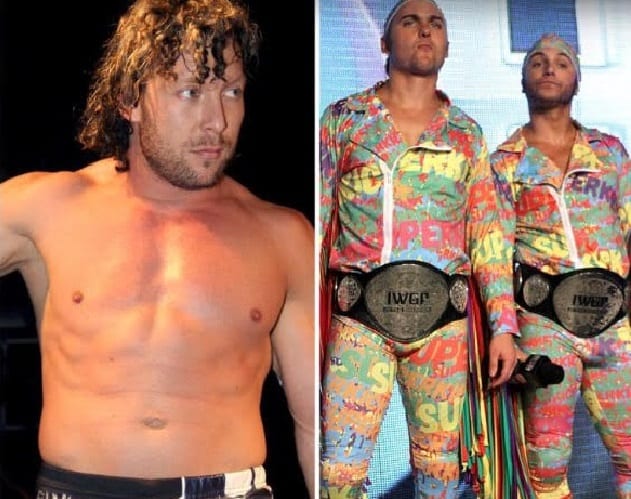 The New Day are set to battle Kenny Omega and The Young Bucks at E3. Street Fighter is sponsoring the event and plenty of fans have already picked their side.

What makes this even more interesting is WWE.com’s main page is promoting the video game challenge as well with Omega, Nick, and Matt Jackson on the front page as soon as it loads. It’s not every day we have the IWGP Heavyweight Champion and Tag Champs on WWE’s website.

This might only be a battle in video games, but the fact WWE is putting Omega and the Bucks on their main page could be a pretty big deal nonetheless. 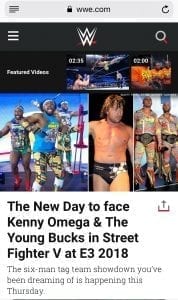