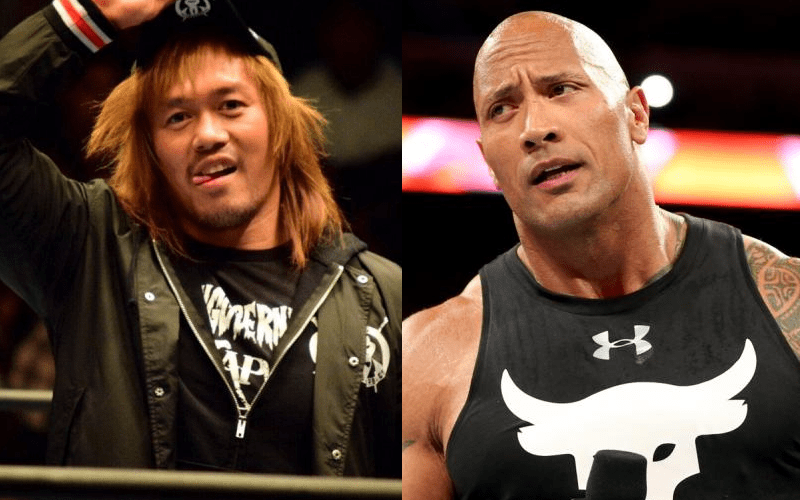 The new IWGP Intercontinental Champion is solidifying his legacy with this most recent New Japan run. With the shackles off, Jericho is able to showcase himself in an entirely different capacity then his WWE personae, and it’s paying off.

Before his Saturday triumph, Y2J spoke with SiriusXM’s Busted Open radio about his Dominion opponent Tetsuya Naito, and compared his star power to the most electrifying man in sports entertainment.

Naito is a legit huge babyface star, think The Rock in 2001 or think John Cena in 2010. A legit superstar that everybody loves and when I attacked him about a month ago, children and women were literally crying. Now we get back to – what I love about wrestling – is a great babyface and a great heel. That’s the difference between me and Kenny [Omega], just a fight between two guys. This is more of an old school ‘good guy versus bad guy,’ ‘hometown hero versus evil foreigner,’ which gives me the license to be a little crazier.

Listen to the full interview.

EXCLUSIVE: @IAmJericho joined @davidlagreca1 & @bullyray5150 LIVE from Osaka, Japan this morning ahead of #njdominion and he compared @s_d_naito to being as big a babyface in Japan as @TheRock & @JohnCena & Vince McMahon's reaction to him working in NJPW again. pic.twitter.com/HSNIfcK2es