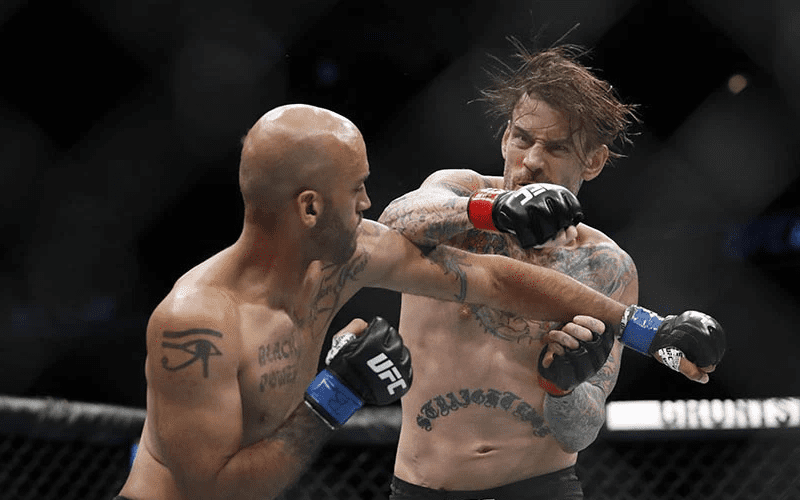 As seen on last night’s UFC 225, CM Punk suffered his second loss in the UFC against Mike “The Truth” Jackson. This will be a wrap up for Punk as he will not be allowed to fight another match in the company.

In the post-match conference for the event, UFC head honcho Dana White heavily praised Punk for his efforts in his match against Jackson. White said that Punk showed a lot of heart in his bout against Jackson.

However, in the same press conference, White made a shocking revelation. White said that he was extremely disappointed with Punk’s opponent, Mike Jackson.

White said that Jackson looked like a “goofball” in there and that he should go back to doing what he did before coming to the UFC.

Michael Jackson I am not happy with [him]. This guy was acting like a goofball tonight. You get this opportunity to come in and fight CM Punk and you’re doing like bolo punches to the body on top.

I don’t know what that guy did for a living before we gave him this shot but whatever it was, he needs to go back and do that again. He’s 0-2 as far as I am concerned.

White called Jackson a “complete f—ing idiot” and that he regretted putting the match on the main card because of his performance.

Later on in the same conference, White confirmed that Jackson’s career in the UFC is over.

You can check out the entire UFC 225 press-conference here. For White’s comments about CM Punk and Mike Jackson, hop onto the 33:20 minute mark in the video.