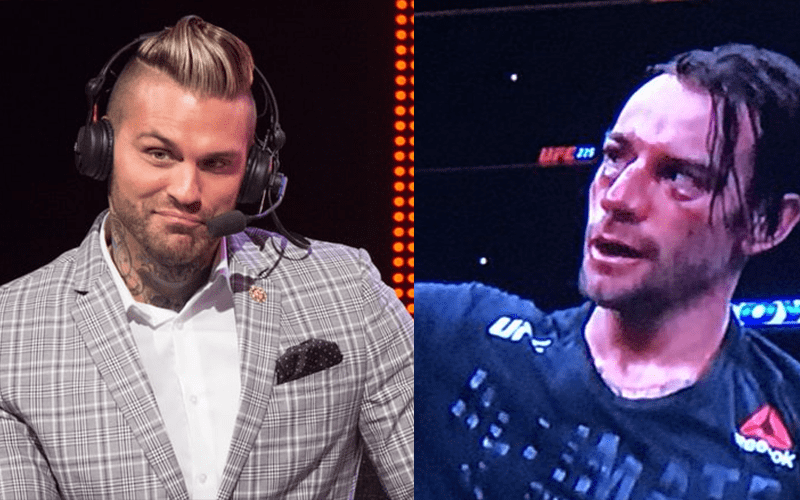 As noted earlier, Corey Graves took to his Twitter to throw shade at CM Punk following his loss against Mike “The Truth” Jackson. Graves had a lot of bitter things to say about the man and also got a lot of criticism from Punk’s fans for hitting him while he was down.

TheFightful managed to reach out to Graves for an explanation about his tweets. Graves revealed that he had a very good reason for doing what he did.

According to Graves, Punk made his friends choose between the company and himself. Apparently, anyone who wanted to stay friends with him would have to leave the company to do so.

Here’s what Graves said about the whole situation:

Well, to be honest, I’d never heard or been given that ultimatum. It kinda shocked me when I texted him about grabbing dinner because we were in Chicago and he told me he no longer had any interest in being friends with me or anybody related to WWE.

This interaction between Punk and Graves happened a day before his first fight in the Octagon in 2016.

Graves didn’t take offence to Punk’s cold-hearted response thinking it must have been the pre-fight pressure. Therefore, he decided to send Punk another text wishing him a good luck.

I respected his drive, and him doing his own thing. He sent me the text shortly before his first fight. Part of me just thought he was in a zone and I didn’t take offense. I texted him the day of his FIRST fight something along the lines of “I know life is nuts, I still love you good luck” Probably not verbatim, but you get the idea.

Graves said that Punk’s recent comments about the business are what really set him off. He also said that he and a lot of other people in the company feel betrayed by Punk and his actions.

What really set me off was this week when he essentially disowned the business that made him. My only issue with him was that he turned off people that actually loved and supported him. Beyond “the business” and he never wanted anything to do with us…yet continued to present himself as this “Punk” hero.

Graves also made it clear that this had nothing to do with the recent trial between Punk and WWE Doctor Chris Amann. This was a personal ordeal between him and someone he thought of as a “big brother”.

Dude, this has ZERO to do with court, or testimony or any of the above. Nothing that I tweeted was corporate. I’m simply hurt/pissed off that a guy that I looked like as a big brother-type has turned his back on me and everyone that loved and supported him only because of the name on my paycheck. I’m definitely not the only one. I won’t name names, but there is a large group of us to this day that inexplicably lost a solid friend because of where we work.

What did you think about Graves’ explanation for his tweets about Punk? Let us know in the comments below…