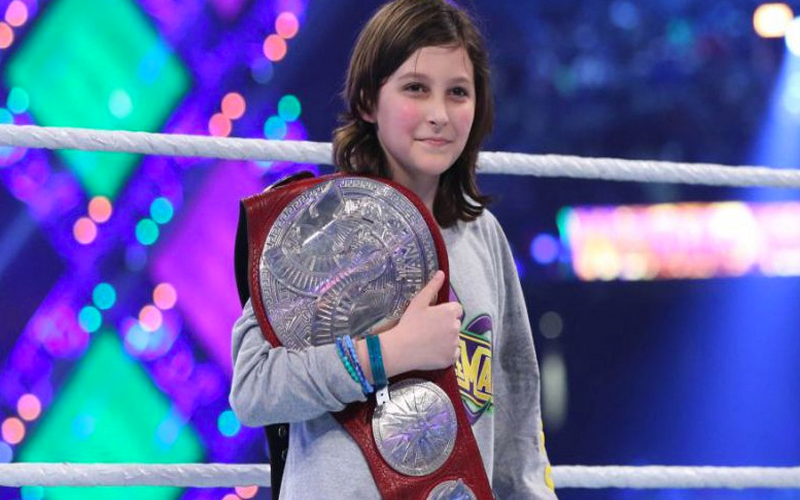 Former RAW Tag Team Champion Nicholas will now be receiving a donut in his name, and will additionally be making an appearance at a Missouri Donut King venue to promote the donut and speak with fans, following his WrestleMania 34 match.

As reported by the official Facebook page for Donut King in North Kansas City, Missouri, Nicholas will be live in person at the venue on Monday, July 2. While there, Nicholas will be signing autographs and taking photos with wrestling fans interested in meeting WWE’s youngest-ever Champion.

The Donut King store is actually owned by WWE referee John Cone. As most fans have realized by this point, Nicholas is the son of Cone- thus why he was the fan chosen to join Braun Strowman in facing The Bar at WrestleMania 34.

In case simply meeting the child living the dream of millions, you can also purchase donuts specifically inspired by Nicholas himself. It is unknown at this time if Cone and his staff have a limited supply, but it would be best to pick the donuts up if you’re in the area as quickly as possible, before they’re all gone.

Would you purchase the Nicholas inspired donuts?