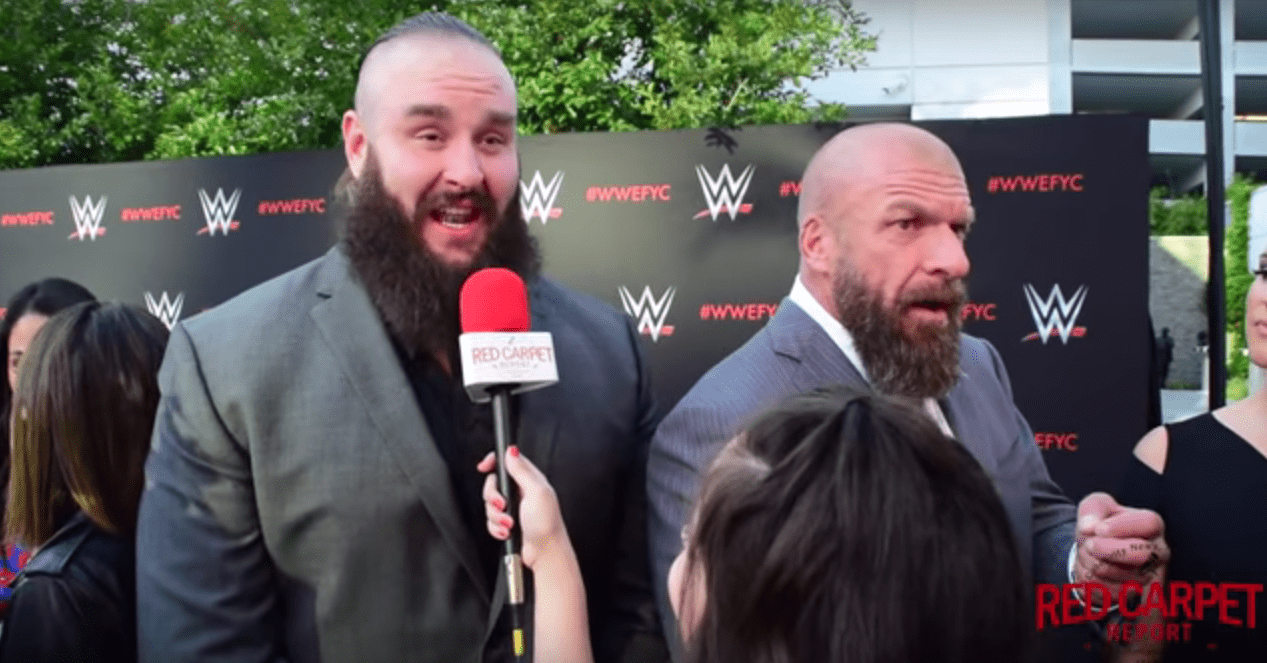 The Monster Among Men was interviewed by the Red Carpet Report during WWE’s FYC  (for your consideration) campaign in an attempt to snag an Emmy nomination for the first time in the brand’s history.

During the interview Strowman was asked a slew of questions regarding his diet, his tag team partner at WrestleMania (the famous Nicholas), and what he plans on doing at Money in the Bank. (Cause mayhem and construction.) However, when he was asked how his massive strength compares to the strength of the Universal Champion Brock Lesnar, Braun had an interesting response.

Oh man, I don’t know, Brock is a tough individual. It depends on what style you’re talking about, as far as strength wise, I believe I’m a good bit stronger than him, but if its things like technique and stuff like that, then I know he’s a lot more advanced [in] that, so it’s a 50/50 thing. Brock’s a tough individual, but I like to think I am as well.

Watch the full interview below: