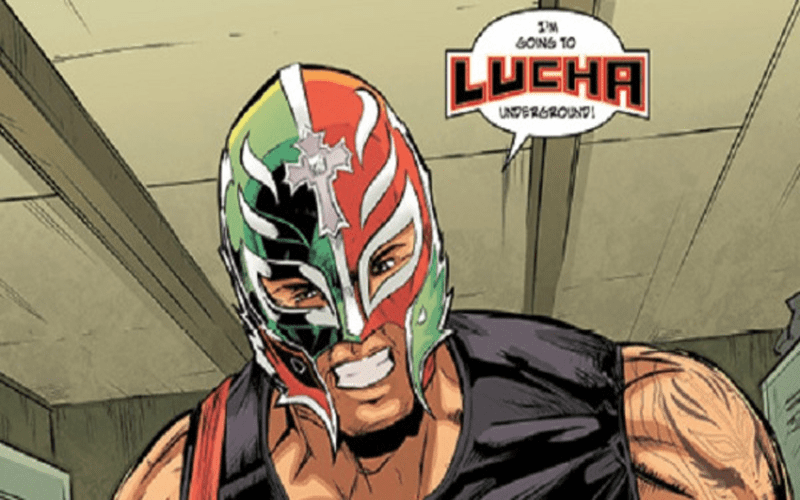 PWInsider have today confirmed that former WWE Champion Rey Mysterio will feature in a new comic book series created by Masked Republic and Chido Comics. He will feature alongside several other well-known luchadores throughout the series.

Chido Comics has famously produced the Lucha Underground and Joey Ryan: Big in Japan comic series. Now they are aligning themselves up with Masked Republic. Masked Republic has a core business model focused on all media on the art of lucha libre.

These comics will come in the form of one-shots. For those of you unfamiliar with the term, this means each luchador will have one comic book devoted to them. Mysterio will have his own, but will likely not appear or be the focus of any other comic in the series.

These one-shots will supposedly be compiled into a larger compendium style comic titled “Luchaverse.” Marco Lopez and Chido Comics Founder & Publisher Ivan Plaza will be co-writing the series.

They have released the following description for the series:

“A dormant and mysterious power that long ago held the fate of our planet Earth has now been released. Our legends will be put to the test, as Chido Comics and Masked Republic bring back the glory and tradition of real-life lucha libre stars in comic books taking on epic and unprecedented events based in our real world mixed with adventure, fantasy and science fiction!”

Besides Lopez and Plaza, the team for the comics will include the team of Ben Harvey, Bryan Magnaye, Diego Simone, Javier Martin Caba, Kevin Kleinrock, Ruben Zamora. These individuals will be working on producing and creating the art for the project.

At San Diego Comic-Con on Friday, July 20th, Mysterio will be in attendance to reveal the one-shot special featuring himself for “Luchaverse.” In addition, the Konnan and Los Cadetes del Espacio one-shots are expected to be released in late 2018 to early 2019.

Would you pick these comic books, or the larger potential compendium up?

UPDATE: The creators of the comic have sent in this photo exclusively to us: 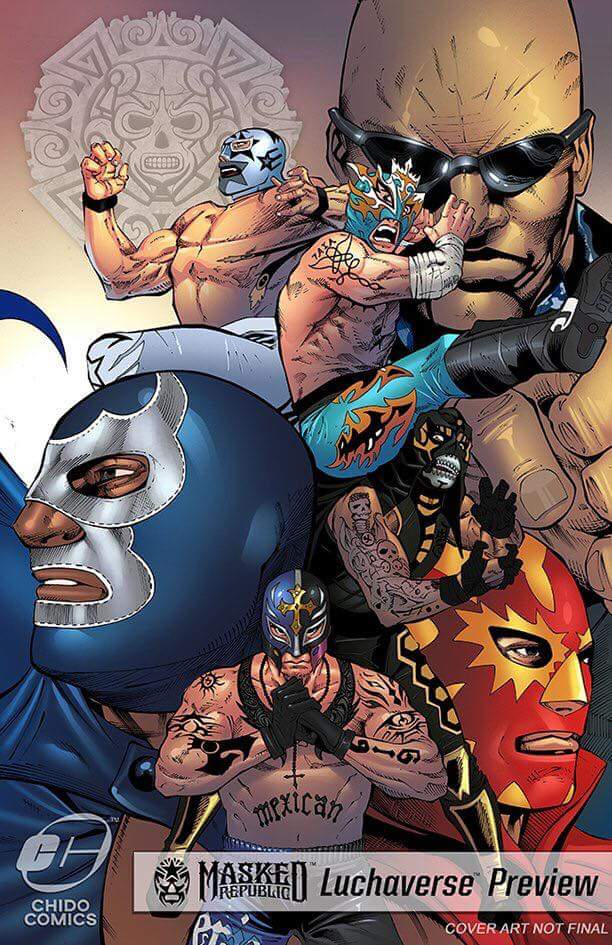