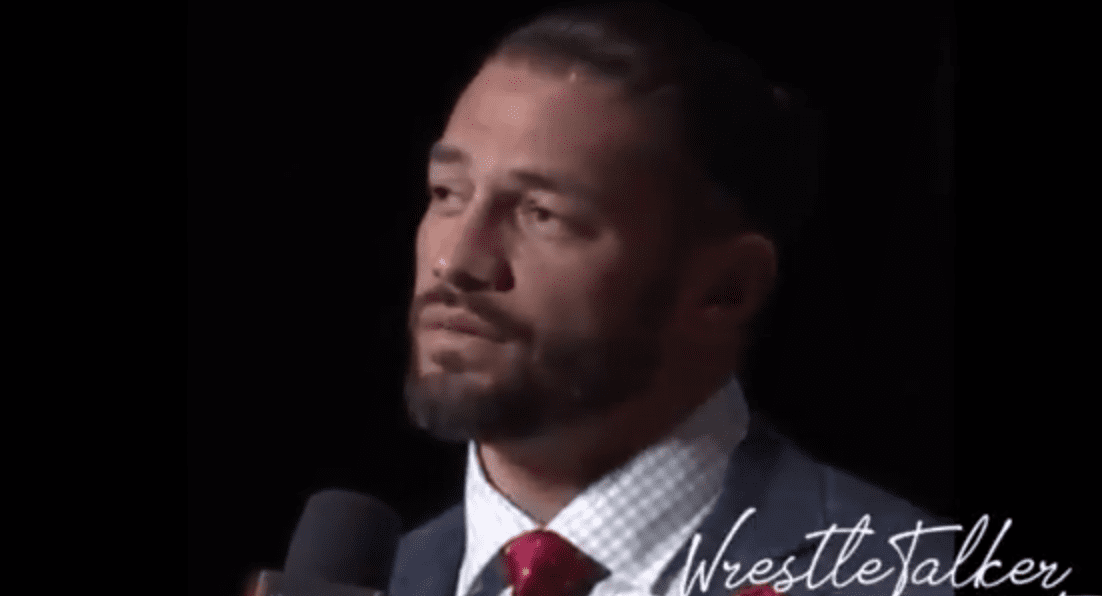 The Big Dog was one of the featured superstars who appeared for WWE’S FYC (For Your Consideration) as the company campaigns to earn an Emmy nomination for the first time in it’s historic 20 plus year run. During that panel, Stephanie McMahon asked Roman about what it takes to create memorable moments. Similar to what the Game said earlier in the discussion, Roman brought up the lengthy road schedule as an example of how to connect with audiences, and the electricity that occurs when those moments happen.

We don’t have an offseason. This is a weekly thing for us. 52 weeks a year. And it is grueling, and it is tough, and it’s not meant for everybody. But, when you achieve that goal, when you create those goosebumps… those are real, and regardless of what size crowd you’ve been in front of, or what was the best match, you still get them in the craziest moments, and those are the moments that make you feel truly alive.

Regardless of how we feel about the Roman Empire’s push to the stars, he clearly has a strong handle on this professional wrestling thing. Watch his full panel contribution below. (Around 5 minutes is where he discusses his lineage and such.)