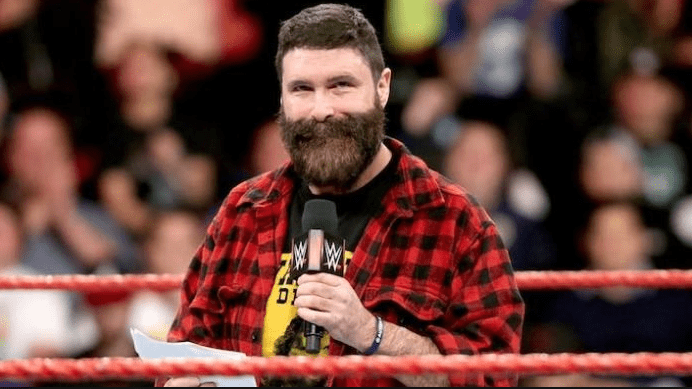 The man of many personalities, Mick Foley, was a recent guest on TV Insider where he discussed details about his new one-man show, the success of All In, and the possibility of his special appearing on the WWE Network. However, it was his comments on Daniel Bryan, and how he should adapt his in-ring style that were most notable.

WWE is very safe as far as letting go of one of the biggest acts in the company for the sake of his own safety. They have people looking out for his best interest. I’d been on the road and been so busy, I haven’t seen Daniel since he returned with the exception of the WrestleMania match. There are certain things he can do on house shows to make life easier on himself and nobody would think less of him if he worked a slightly less physical style. That’s something that I did toward the end of my career, and a lot of guys have done.

A guy like Mick has certainly sacrificed a great deal of his body for the industry, but the longevity of his career is certainly not in question. He’s put in quite some time, through multiple promotions, and has even appeared as an authoritative figure for the WWE. Coming from a guy who’s been thrown from 30 feet, slammed on tacs, hit with baseball bats covered in barbed wire and set on fire a bunch, I think Bryan will be just fine.