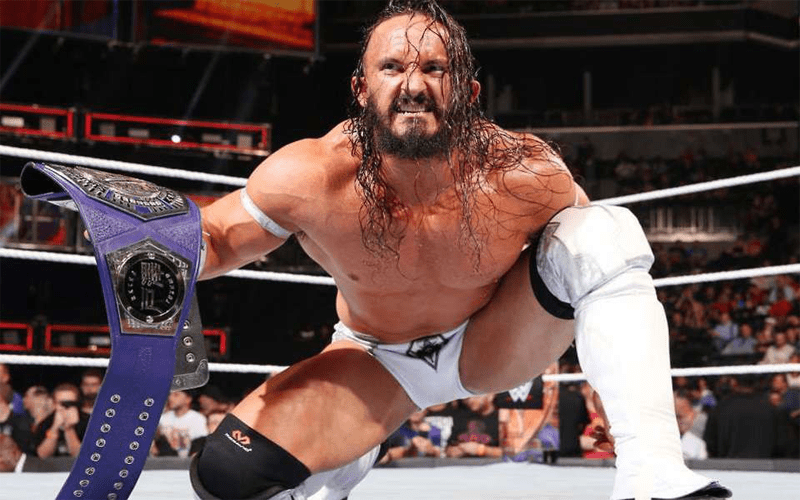 You can never say never in the world of professional wrestling. According to Pro Wrestling Unlimited, former WWE Cruiserweight Champion Neville may be returning to the WWE Universe sooner, rather than later.

It is being reported that Neville, real name Benjamin Satterley, could be returning to the company through the UK Championship Tournament which is scheduled to air within the coming weeks, as we previously reported.

Neville was last seen on WWE TV in early October last year. He reportedly walked out on RAW after learning he would be defeated by then-WWE Cruiserweight Champion Enzo Amore. This decision was supposedly a long time coming. The Newcastle native had been upset with his position for some time.

If these rumors are correct, Neville will be returning to the company during the upcoming tapings. Another idea thrown out there is to return during a potential UK television show. This TV show is rumored to be announced by Triple H while at the Royal Albert Hall. This comes as ‘The Game’ has been teasing some major announcements for the event.

As it stands, Neville has his contract with WWE frozen. Until he works all the required dates left in his contract and makes up for those he has missed, WWE will refuse to let him go. This role for Neville in the UK Championship Tournament division could be his way of finally working those dates. It may also aid in his decision on whether to continue with WWE or walk away.

With Triple H now in charge of 205 Live, as well as NXT and the UK Championship Tournament, many speculate Neville is more likely to return. This is due to Triple H’s work with the former NXT Champion down in developmental.

It will be interesting to see if he does indeed return to the ring within the coming weeks. These rumors do suggest he will, but only time will tell.