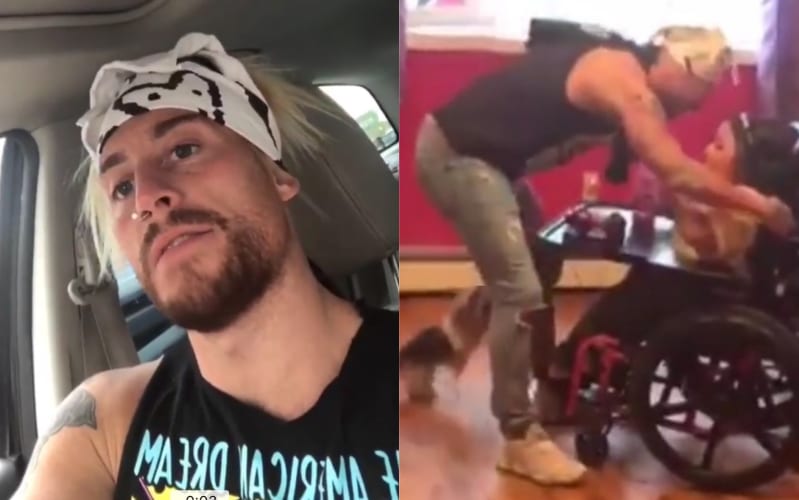 Enzo Amore made a lot of fans during his time with WWE and it looks like he’s kept in touch with at least one of them. Real1 decided to surprise one fan named Destiny and as you can see she was elated to see the Realest Guy In The Room.

Enzo Amore also brought a gift for his Superfan in the form of a pair of ring-worn Air Jordans. He sported those kicks when he faced Luke Gallows on Halloween so they’re pretty special and now Destiny owns a piece of WWE History.