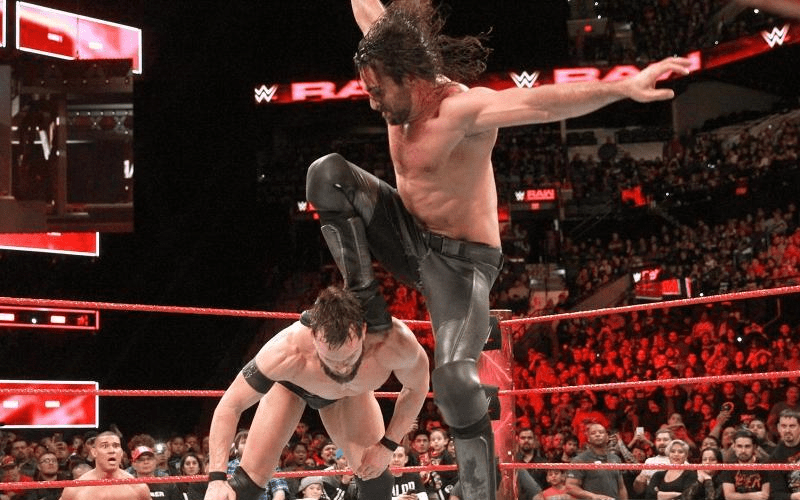 WWE has once again changed the name of Seth Rollins’ finishing maneuver. The Curb Stomp, which was previously changed to “peace of mind” and “blackout” is now being referred to as “The Stomp.”

WWE apparently can’t make up their mind on Rollins’ finisher because at one point they even banned him from using it completely and edited it out of the archived footage used on television (WrestleMania replays).

Hopefully, lets hope they can just pick a name and stick with it.