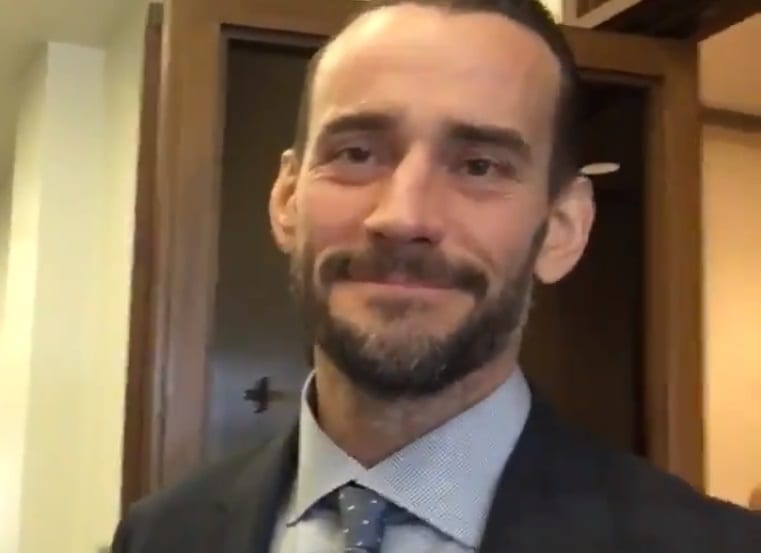 10,000 people will cram inside the Sears Centre in Chicago Illinois for All In and some of them might be hoping to see CM Punk. The Second City Savoir will be meeting fans the day before at the Pro Wrestling Tees HQ.

Nick Hausman caught up with Punk as he left the courtroom after his huge victory in a legal battle with Dr. Chris Amann and asked CM Punk if he was All In. “I’m not,” Punk replied with a grin on his face.

Punk might have been grinning because of the question or the timing of it but he didn’t leave much room for interpretation when he said, “I’m not.”

Talks the trial, UFC training and… is he #ALLIN?!