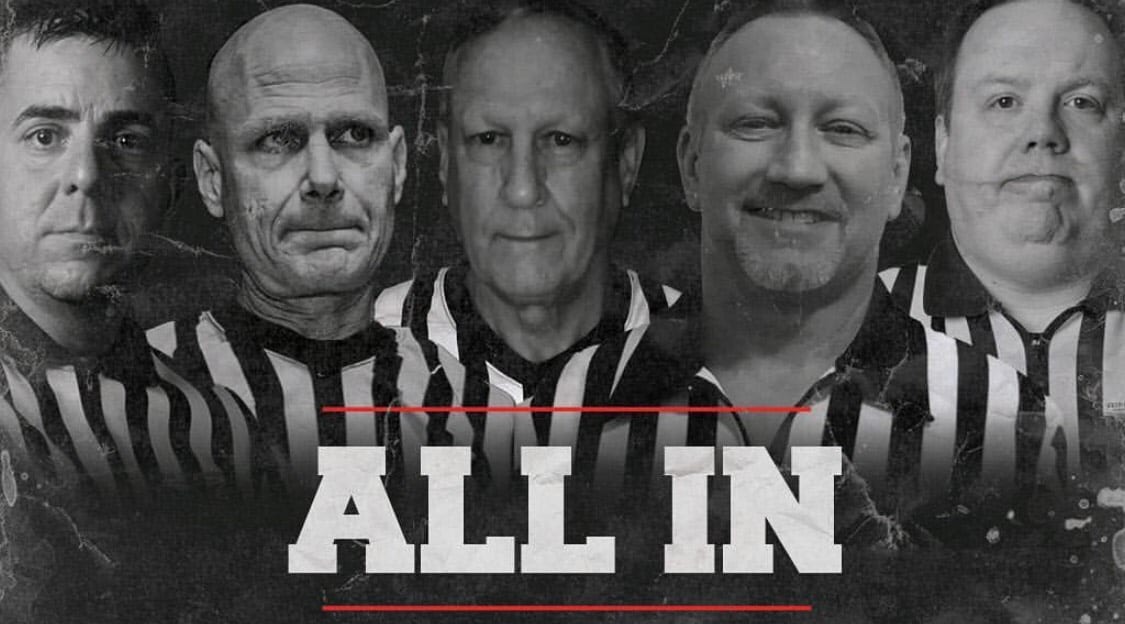 It looks like the finishing touches for All In are getting put together in a big way as Cody Rhodes announced the referees for the event today and they include some pretty big names.

Earl Hebner and Jerry Lynn are among those names announced for the big show as well as Senior ROH Official Todd Sinclair. This is a pretty all-star lineup and people are already making jokes about Hebner’s involvement meaning that there will be some kind of screwjob at All In but feel free to make your own in the comments section below.