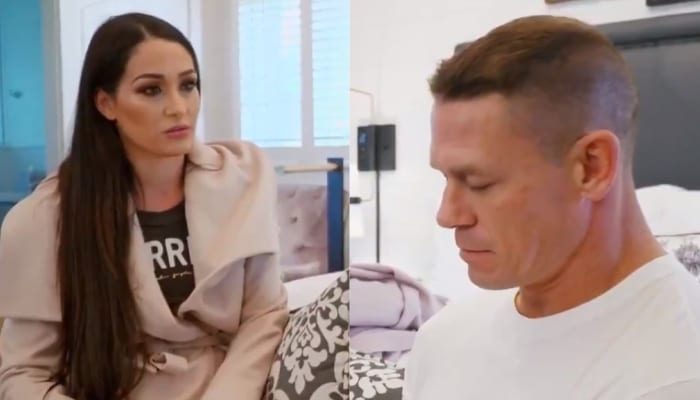 Total Bellas is rolling through with their storyline about John Cena and Nikki Bella as they continue to break up in real life but have to keep it a secret from now. Of course, reports are they’re back together again but that’s a different story.

Things get very emotional in this scene likely filmed especially for television, but if it is totally fake then at least they’re displaying some nice acting chops.