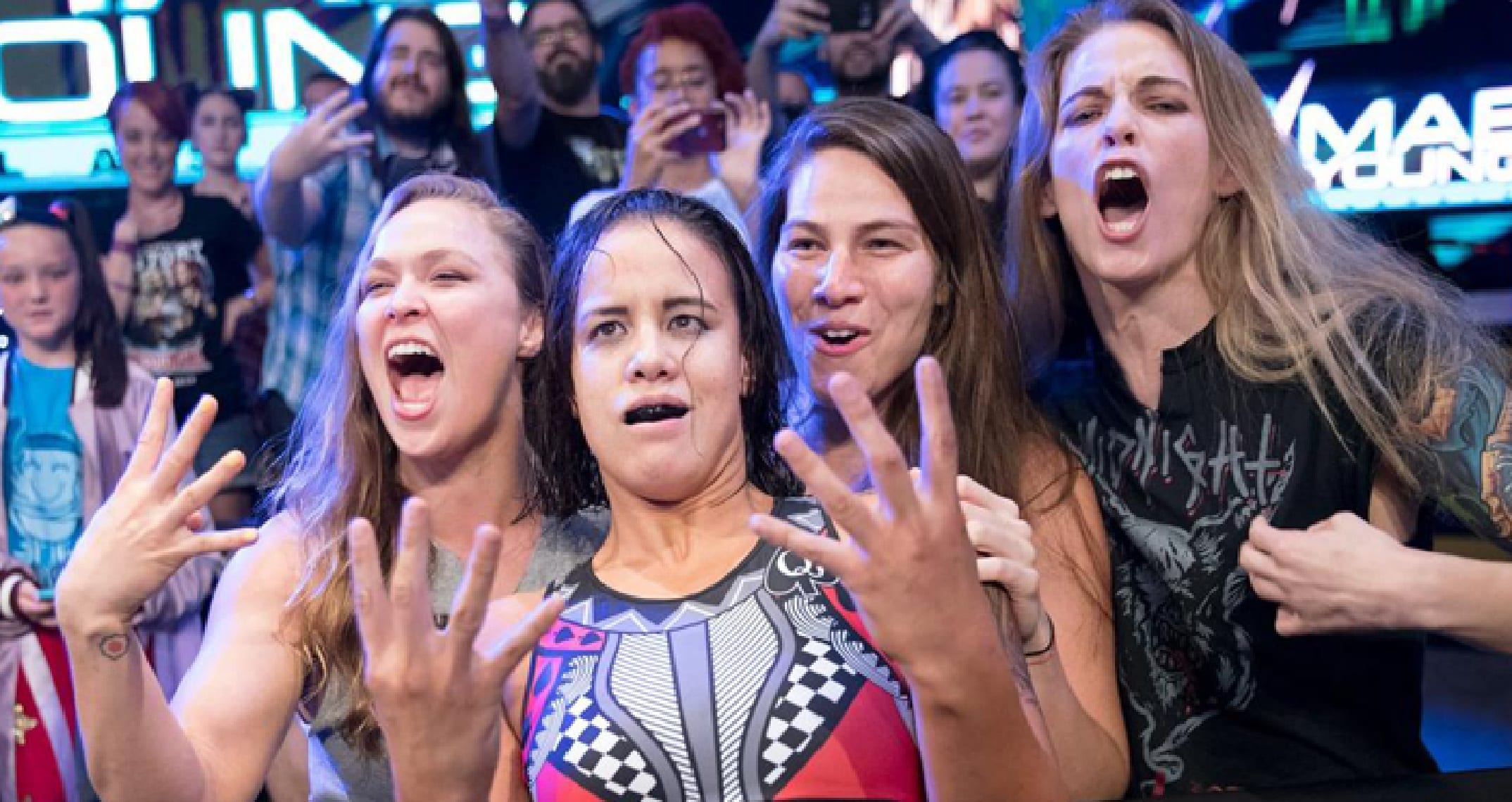 Ronda Rousey and her crew went to the Mae Young Classic about a year ago to root on Shayna Baszler. Even though Sasha Banks was doing a tour of New Zealand at the time, Charlotte Flair, Bayley, and Becky Lynch were still there and had a nice staredown with Rousey, Marina Shafir, and  Jessamyn Duke.

Now that Jessamyn Duke and Marina Shafir signed with WWE, they have all 4 of MMA’s Horsewomen on their payroll. One caller asked Bryan Alvarez during Wrestling Observer Live what WWE’s endgame is for hiring Shafir and Duke and his response was quite exciting.

This is an example of long-term booking in the most basic sense. It looks like WWE is preparing for a big match down the road. Because no matter when it happens, an 8-woman match like that will look good on a marquee and is likely to sell plenty of tickets..