Ross opens today’s show by addressing WWE’s programming from this past week. He notes that RAW was panned by fans and critics online, but he has trouble putting any weight in the opinions of faceless names and pictures on the internet. He thought the crowd was good for this show, but he thought RAW ran into some stiff competition on the holiday, specifically the NBA playoffs. 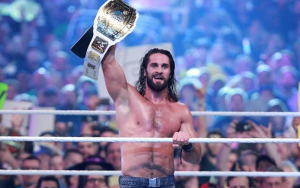 He says Seth Rollins is on a hot streak right now, and he just needs to keep doing what he’s doing in order to get to the next level in the company. He’s intrigued by the Rollins/Elias matchup, noting that he wants to see a full match, bell-to-bell, between these two men in order to see what Elias can do. He thinks a great match in the right setting with Rollins will do wonders for Elias’ career.

Ross thinks Bobby Lashley and Bobby Roode both need to be heels. Their personalities make him think they’re natural heels, so it can be tough for WWE to make casual fans think otherwise. He also enjoyed the banter between the commentary team this week, noting that Michael Cole did a great job of “keeping the rudder in the water” during Coach and Graves’ back and forth.