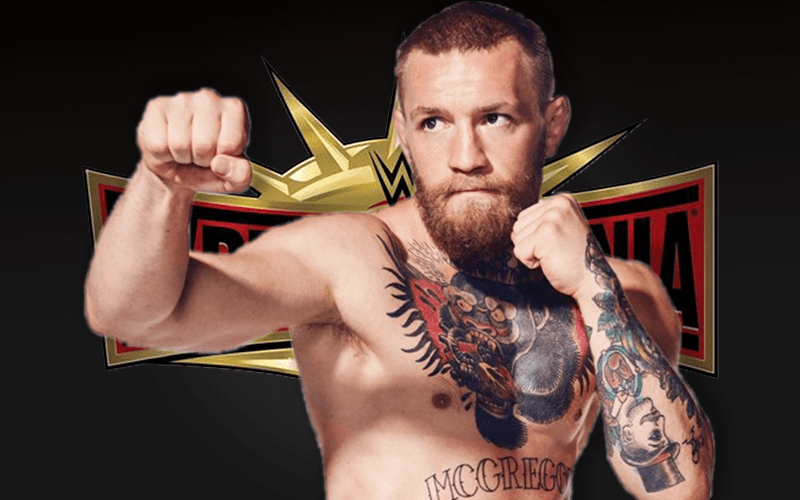 Conor McGregor is a huge name and still able to bring a lot of pay-per-view buys just so people will see what he will do next. He is also unhinged in many respects and showing up late to press conferences and throwing dollies through bus windows might only be scratching the surface.

A guy with his natural ability to talk and bring heat seems like the perfect fit for WWE. Dave Meltzer took a moment during Wrestling Observer Radio to discuss the possibility of McGregor eventually coming into WWE and it doesn’t seem out of the question at this point. In fact, Meltzer said he could see WWE trying to get McGregor to come in sooner than some might expect.

“By 2020, let’s put it this way… I do believe there will be a day when Conor McGregor does something with WWE. Will it be when his career winds down as a fighter? Or will it be soon? I don’t know, I could definitely see them talking to Conor McGregor for next year’s WrestleMania. They had talks not this year but the year before and they were not close on money at all. What Conor wanted and they wanted was world’s apart but now?”

“The can afford anyone and anything and they already can. They could already, but they’ll really be able to going forward. But the thing is do they want to change their salary structure completely, and maybe they should. They could pay everyone a couple million a year and still be a super profitable company now.”

As distant as the idea might seem to some, it looks like the idea of Conor McGregor coming to WWE for some kind of appearance or otherwise doesn’t seem to be quite the impossibility that it once was.