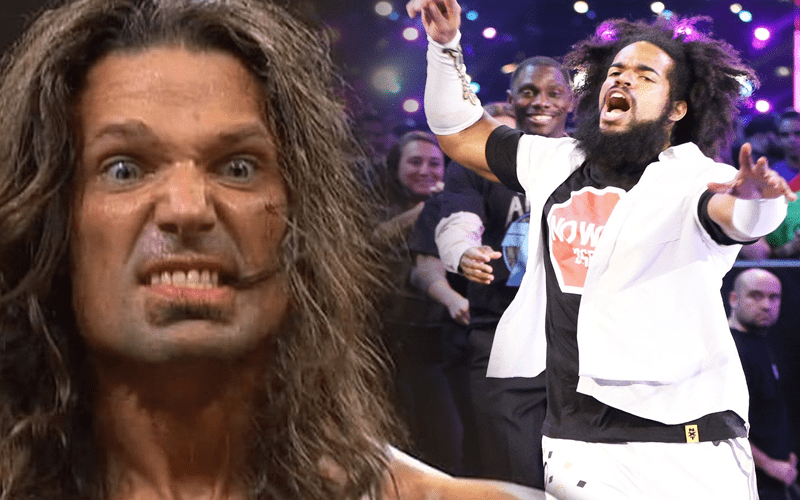 No Way Joe’s entrance to Monday Night Raw saw him bring his conga line entrance from NXT to the main roster. Plenty of people follow Jose to the ring and every week we’re figuring out which indie worker they got to join the party this week.

But a lot of people automatically compared No Way Jose to Adam Rose from the getgo and when the former leader of the Exotic Express spoke Chris Van Vliet he obviously saw the similarities as well.

“It is very similar, I’ll say that. Very similar. But hopefully, he does better with it than I did because it’s a great thing and he’s really talented and stuff from what I’ve seen.”

It looks like Adam Rose isn’t the only one who sees the similarity in his gimmick and No Way Jose’s. If anything, WWE needs to come up with a name for the people in Jose’s conga line before the name “rosebuds” sticks with them because that’s the common term to when referring to them anyway.