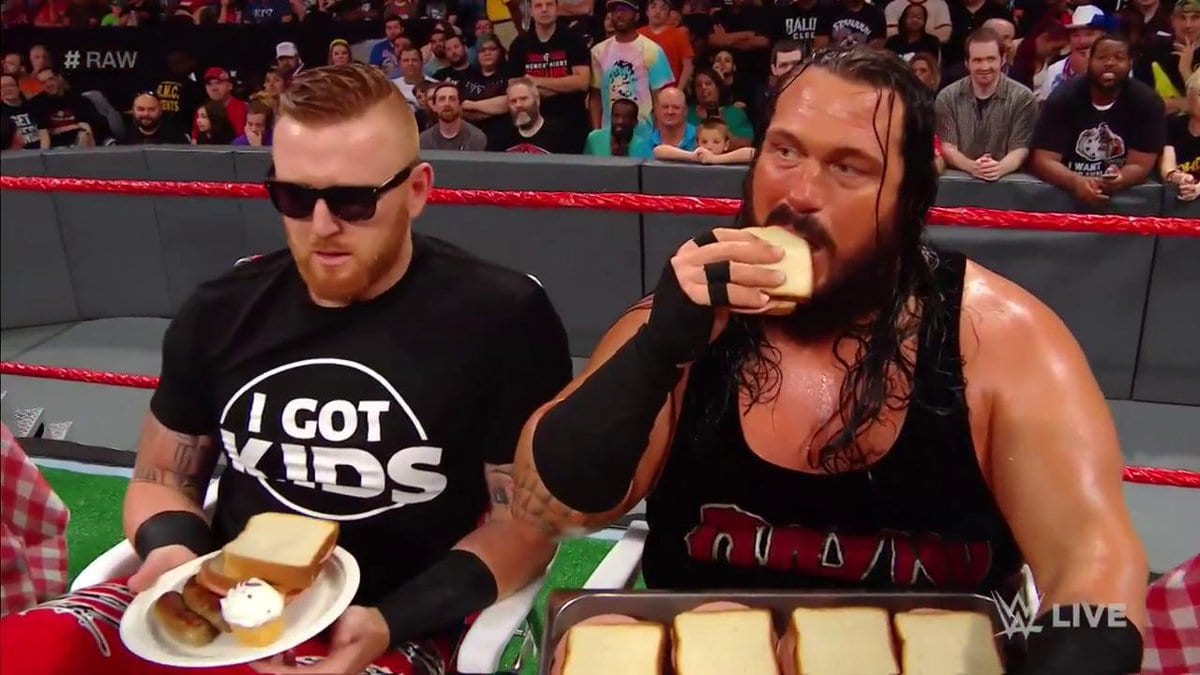 The B Team had a BBQ this week on Raw to win over the tag team division’s favor and it did not turn out well at all for them. They found themselves covered in fixings but when Kurt Angle booked a #1 contender Tag Team Battle Royal for next week, Curtis Axel had to give Angle a sloppy hug.

But Axel hugging Angle might have been the only actual funny part of this whole thing if you even consider that humorous. Becuase even though it seemed like Corey Graves, Michael Cole, and Jonathan Coachman were having a blast during the B Team BBQ segment they were told to laugh on commentary and it came off as totally disingenuous.

“Like when Tius tripped, that was okay to laugh. But this segment is, like when you’re laughing and no one else is that just makes everybody look bad because it’s like they told the announcers to laugh the segment wasn’t funny and they’re beating you over the head with the segment which makes it less funny so yeah, it wasn’t as bad as that segment last week with Sami Zayn but I thought it was… god the talent in there, and they end up pouring food over those guys it was just so predictable.”

But it looks like all of this was something to lead toward a #1 contender Tag Team Battle Royal next week.