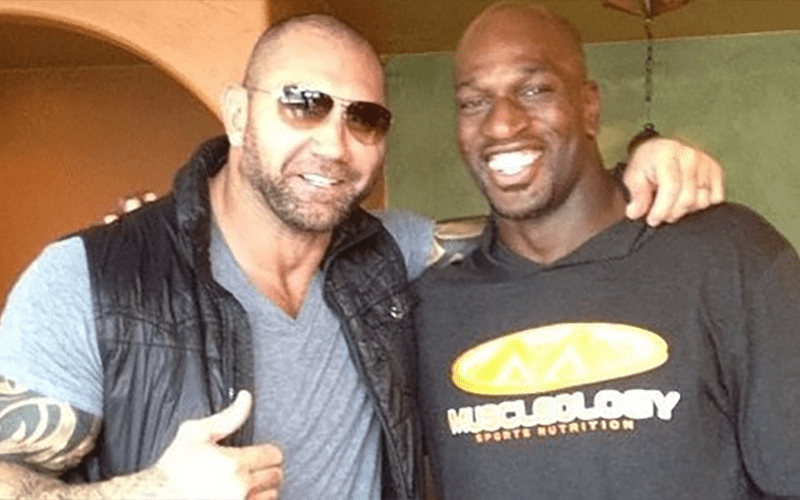 While speaking to Richmond.com to promote tonight’s episode of RAW, Titus O’Neil was asked on who his ultimate tag team partner would be if he got to pick. O’Neil ended up explaining how he would like to tag with Dave Batista.

“We were neighbors for years. He’s one of my closest friends. Long before I got into WWE, we became friends. That’s the beauty of life, you never know why you get to meet certain people.”

When asked which team they would go up against, O’Neil said that he would like to face The Rock and John Cena.