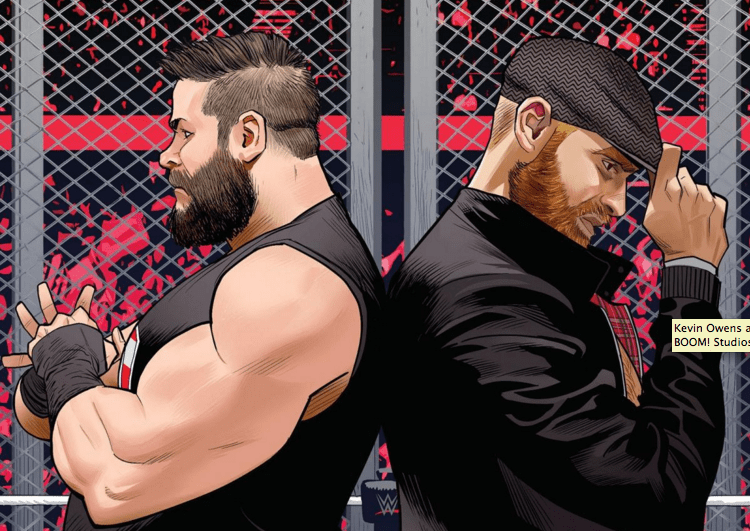 The relationship between Sami Zayn and Kevin Owens stretches back nearly two decades. Once the best of friends, and forever the greatest of rivals, nothing can compare to the blood boiling hatred that both men share for the other. (Even if they are currently making it work.) Now BOOM! studios along with WWE show us the first look at “Fight Forever” detailing the epic storyline between the beloved Canadians in WWE #18 available June 20th. Watch Sami and Kevin give the run down in the video below.