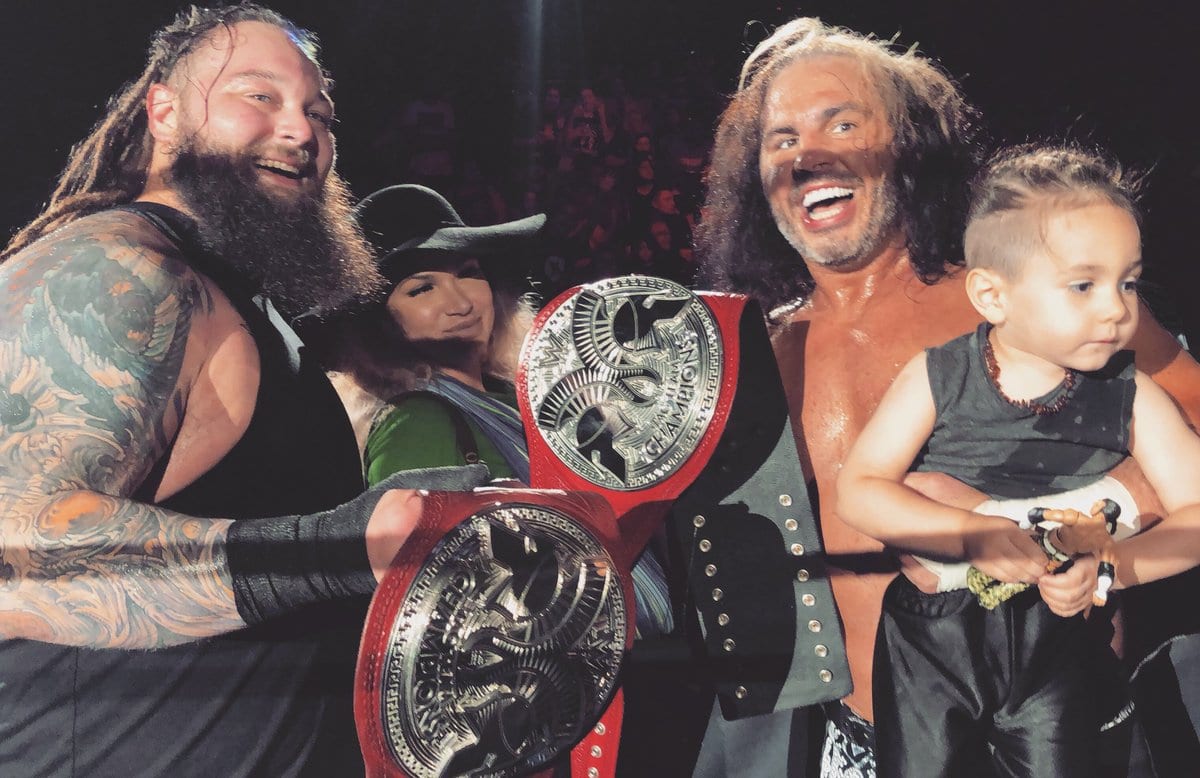 We saw the entire House Of Hardy during the Ultimate Deletion between Bray Wyatt and Matt Hardy but they haven’t been at an actual show. Those pretaped segments really gave us a glimpse of what WWE could do with that concept though and it was wonderful.

WWE recently rolled through Hampton where The Deleters Of Worlds ran through as Raw Tag Team Champions.

Queen Rebecca and King Maxel were at ringside and had a chance to snap a selfie with Woken Matt and Bray Wyatt before they went backstage giving them a moment in time that will live forever in photographic form.

King Maxel was a great fan and had a thing or two to say to The Revival as they made their way to the ring to face his dad.