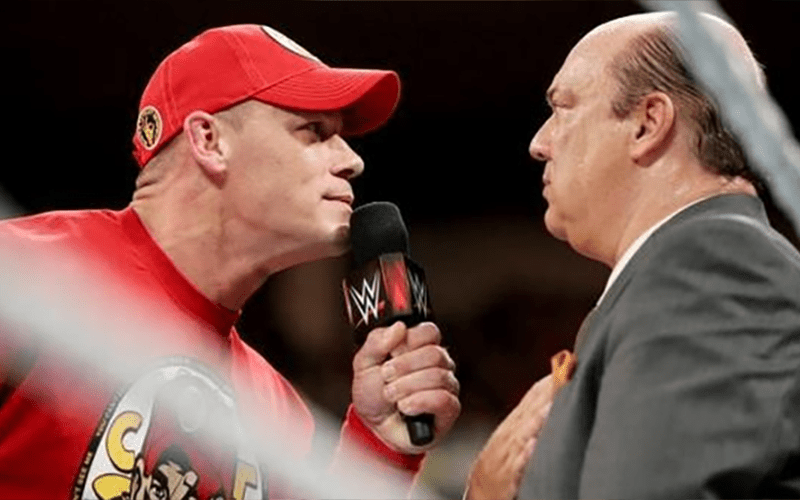 John Cena and Paul Heyman have an interesting history with each other and even though Heyman and Cena haven’t been aligned on-screen they are still close behind the curtain.

John Cena was recently asked during a Q&A at MegaCon if he ever thought about being a Paul Heyman Guy and Super Cena had a very insightful response.

“Paul is an extremely valuable asset because of his accomplishments. I have relied on Paul a lot for opinions and insight behind the curtain. I think Paul is best for those who have trouble articulating opinions when they have [a microphone] in their hand.”

“I enjoy being able to relate to all of you and I enjoy the negative response and the positive response that comes from being so honest after 15 years of us being together as friends, partners, family whatever you want to call it.”

“Paul would be wasted with me and me likewise with Paul. Paul is a great vehicle for someone who can’t describe themselves but he is a wealth of knowledge and insight behind the curtain that I regularly lean on.”

It looks like even though it might be entertaining to see Cena and Heyman on the same team it looks like there’s a very good reason why this isn’t happening.