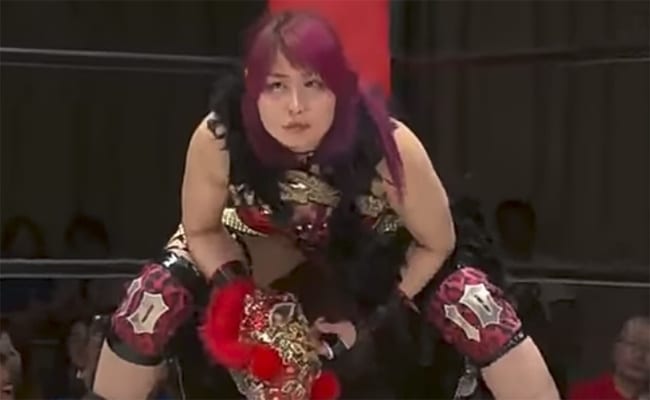 Io Shirai looks like she’s finally on her way to WWE and this time she might be coming to stay if she can get cleared with her medical testing.

Tokyo Sports reports that Io Shiari is on her way to WWE and it looks like she is coming to WWE as Dave Meltzer discussed on Wrestling Observer Radio.

“Well, she has to get cleared. She was cleared back last Summer after WWE rescinded their offer.”

“Essentially WWE had contacted her in 2016, her and Kairi Hojo who’s now Kairi Sane about coming in and both of them were kind of back and forth on what they were going to do and Io made the call. First right before WrestleMania 2017 she went to the Performance Center, it was supposed to be a secret but it got out. WWE actually put it on their webpage even though everyone had agreed to keep it secret. But they put it on their webpage and took it off so people knew she was there.”

It might only be a matter of time before she’s on the main roster but it looks like we can expect to see Io Shirai in WWE.