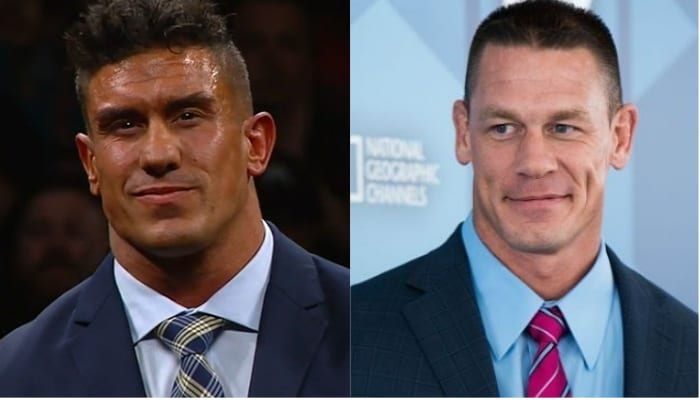 It looks like the rivalry between John Cena and EC3 continues. The two have thrown some jabs at each other over social media recently and it’s been pretty entertaining so far.

Although EC3 is currently on NXT and John Cena is a figurehead on the main roster, you never know if those two could eventually collide in the ring. It’s been joked about that this could be a WrestleMania match as Carter challenged Cena during the run toward Mania this year when Undertaker wouldn’t “do something” but of course Taker did show up and squashed John Cena in the process.

Now it looks like EC3 is the latest to throw a shot across the borders of NXT and the main roster. Apparently, one fan went to a John Cena meet and greet sporting EC3 merch and she wasn’t shy about showing off her allegiance to the former TNA World Champion either.

Only time will tell if these two will eventually lock up in the ring, but it looks like they’re not done teasing each other in the meantime.