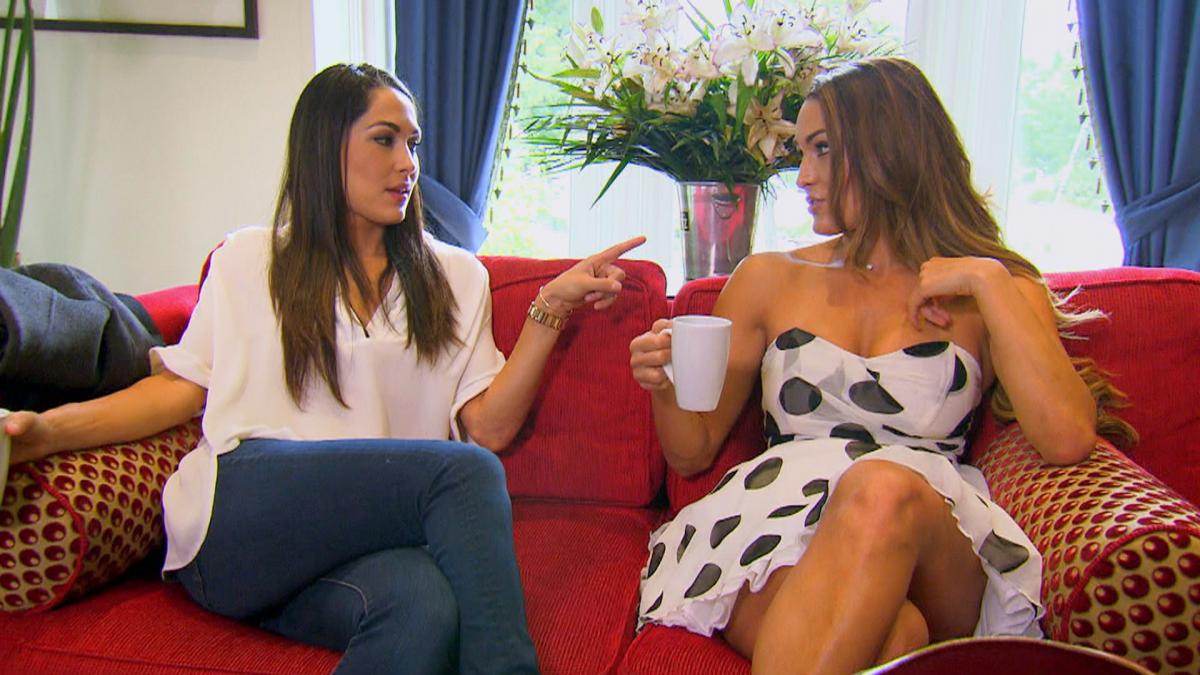 Brie Bella has an incredible radar for detecting when someone’s pregnant. She saw her brother JJ’s wife before John Cena and Nikki Bella’s engagement party and she had a question to ask her sister-in-law Lauren. Brie noticed she wasn’t drinking and asked if she was pregnant which she was. But it was very early along and they didn’t want to tell anyone yet.

Later on, during the engagement party, John and Nikki made the announcement that the wedding would take place in Napa Valley. Then Brie Bella took the stage and the spotlight as well.

Brie later admitted that alcohol had a lot to do with her next decision but she invited JJ and Lauren to come up and make a big announcement that they were expecting their second child in the middle of the party.

Although they said that they didn’t want to take any attention from John and Nikki, this announcement caused Nikki to immediately down her glass of champagne. She wasn’t happy about this, to say the least, and set her off in an even worse direction when it comes to her mood about the wedding in general.