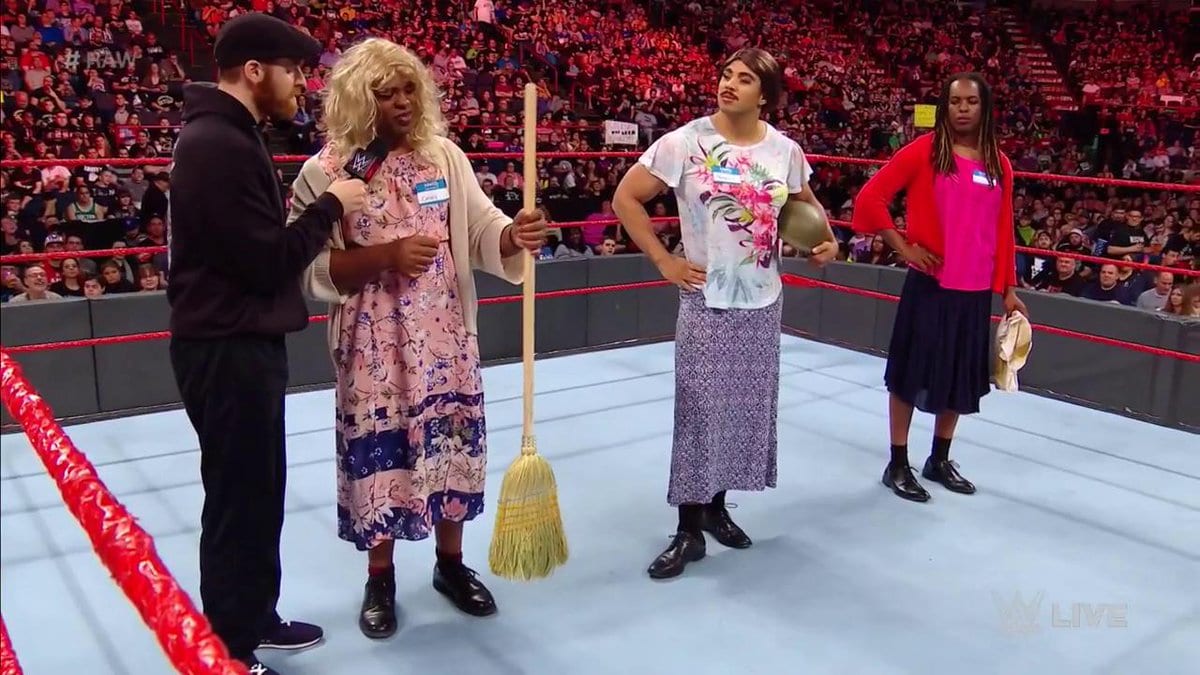 Bobby Lashley’s sisters were on Raw this week as Sami Zayn brought them out to reveal the truth about Bobby. It was a horrible segment that has been panned all around already winning a lot of people’s vote for the worst segment of the year.

“I know everyone hated everything with Sami Zayn and Bobby Lashley’s alleged sisters. Honest to god, I don’t have a lot of feelings about it, because have you been watching WWE for the last 25 years? This is what they love to do. Just a bad segment it was designed to be bad they knew it was going to be bad going in. They hope it gets a little bit of heat. They hope that train wreck television viewership number during the Raw ratings.”

So it looks like there are a lot of strategies to try and get people to watch the show and Bobby Lashley’s segment with Sami Zayn and Lashley’s “sisters” was apparently just god-awful on purpose.