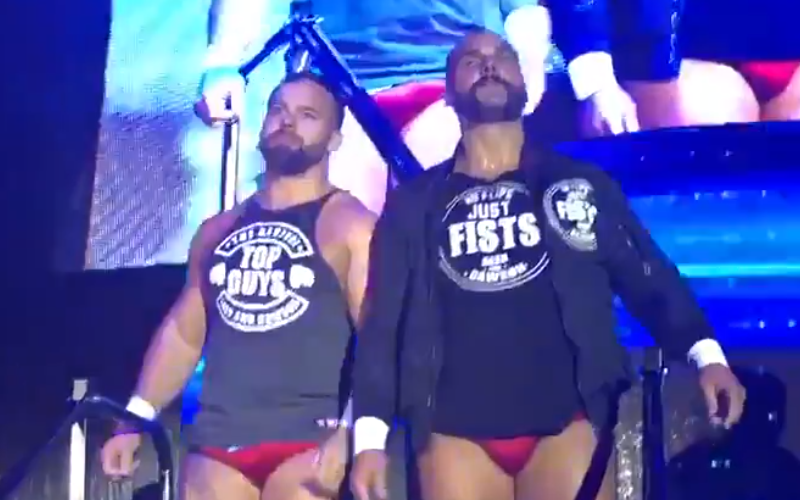 The Revival and Tyler Breeze recently went back to NXT surprising a lot of people in the process.

While Breeze was unexpected, we previously reported The Revival had plans for NXT shows so if they read Ringside News then maybe they would have known what they were in for.

WWE couldn’t bring everyone on Raw to Europe and with their shows stacked with so many people already and a segment just for Elias to work the crowd, The Revival and Breezeango stayed at home.

Therefore The Revival worked the NXT house show tour in Texas and Tyler Breeze hopped in on the Jacksonville NXT show while the rest of the roster was touring Europe. Both Tyler Breeze and Fandango also had a chance to live-tweet the Royal Wedding in the meantime as well.